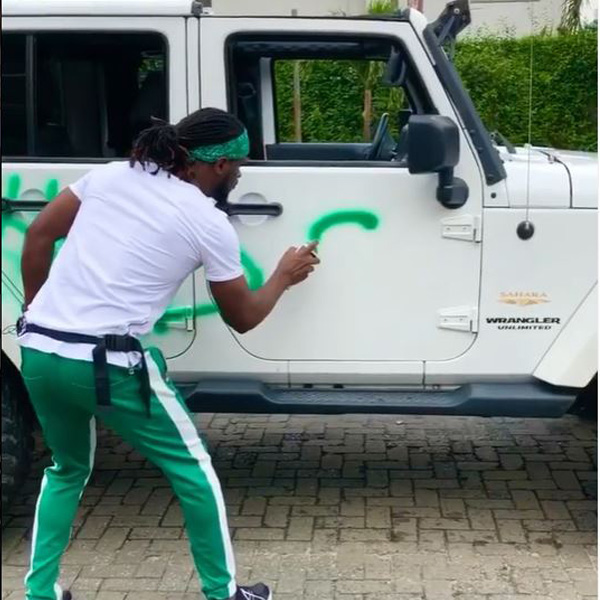 Nigerian pop sensation, Paul Okoye, who is better known as Rudeboy, has actively participated in the current #EndSARS protest. P-Square

It is also a call to end police oppression and brutality in Nigeria.

The singer, songwriter and record producer recently shared a video on Instagram where he sprayed the caption “#EndSARS on his Jeep Wrangler.

Rudeboy, the younger brother of Jude Okoye and a half of the defunct group, P-Square, had recently descended on the Nigerian police officers for shooting protestors amid their protest for peace in the midst of SARS.

According to Rudeboy, citizens who can continue with the protest to fight for their lives should tag International communities in order to have the intervention of the IGP.

He quizzed why the police would turn to attack them whilst they are fighting for their betterment.

Following the ongoing youth movement against police brutality in Nigeria, Rudeboy had released a new single “Oga” to address the unrest in the country. 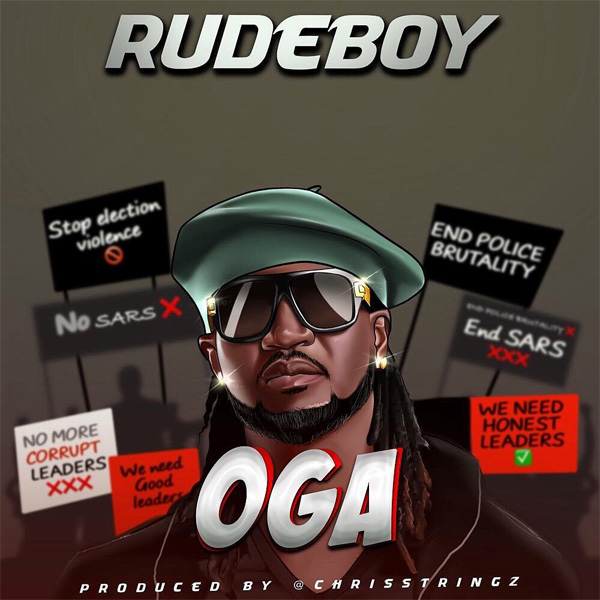 Other Nigerian celebrities who have actively being a part of the#EndSARS movement. They include; Folarin “Falz” Falana, Runtown, Tiwa Savage, Bolanle Ninalowo. Others are: Don Jazzy, PocoLee, Blacqbonez, Pamilerin, BBNaija Prince,Favour,Phyno,Toyin Abraham, etc.

The protests started as a social media campaign using the hashtag #ENDSARS.

The hashtag was used to demand for Nigeria’s government to scrap and end the deployment of SARS officials.