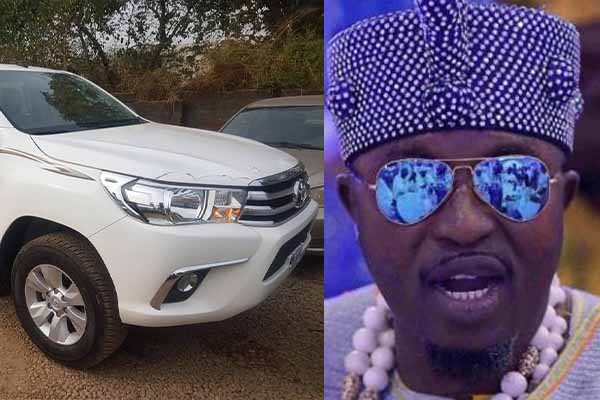 The Oluwo of Iwo, Oba Abdulrasheed Akanbi, says his Toyota Hilux vehicle has been stolen in Lagos.

The monarch visited the state and his security aides stayed at Toilam Royal Hotel and suites at Igbosere Road, Lagos Island where the vehicle was stolen.

According to the traditional ruler, the chassis number of the vehicle is MFOFX22G6F1431653. 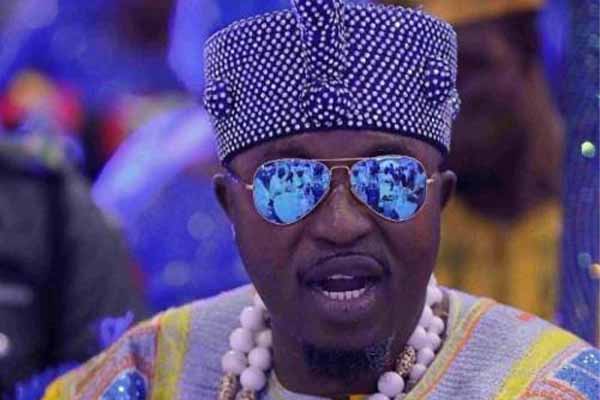 A Toyota Hilux vehicle belonging to the Oluwo of Iwo, Oba Abdulrasheed Akanbi, has been stolen in a hotel in Lagos state.

The vehicle was stolen on Sunday, October 11, at Toilam Royal Hotel and suites at Igbosere Road, Lagos Island.

According to a report, Oba Akanbi’s security aides stayed at the hotel during the monarch’s visit to Lagos state.

The traditional ruler also said the white security vehicle has “Oba Adewale Akanbi” engraved on its mirrors, windshield and engine.

“It is true, we have reported to security agents. My Hilux car was stolen overnight (11/10/2020) at Toilam Royal Hotel and suites at Igbosere Road L/Island, Lagos state.

“The white Hilux was engraved with “Oba Adewale Akanbi” on its mirrors, windshield and its engine. TOYOTA HILUX Chassis number is MFOFX22G6F1431653.”