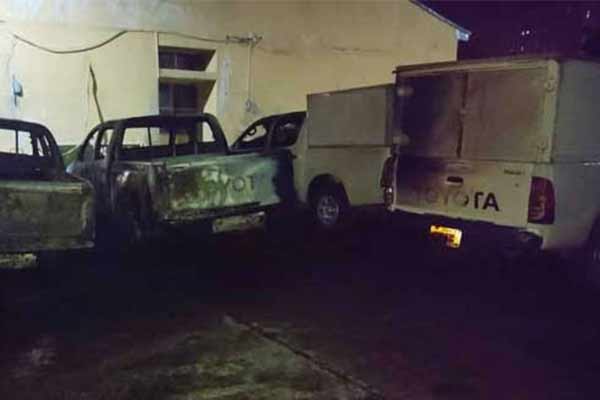 Six Toyota Hilux Pickup trucks have been reported razed while two others were damaged following an attack on the Enugu State office of the Independent National Electoral Commission (INEC) by hoodlums.

INEC Chairman, Information and Voter Education Committee, Festus Okoye disclosed the attack via a statement on Monday. Festus said the Resident Electoral Commissioner in the state, reported that the incident happened on Sunday night. 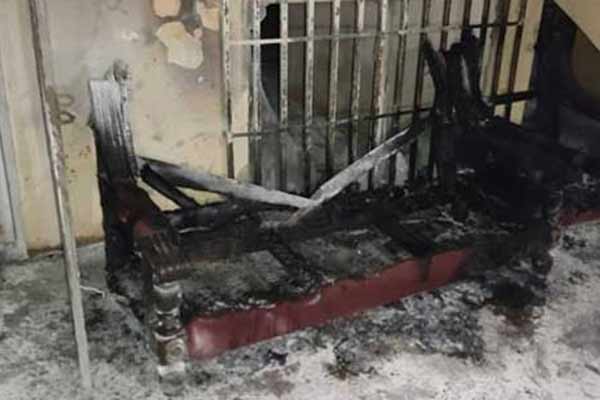 “Some unidentified persons overpowered the security personnel on duty around 9.00 pm and tried to set the entire building ablaze. The attention of the security agencies, as well as the Federal and State Fire Services in Enugu, was drawn to the unfolding situation and they responded swiftly,” he said.

“The attackers set the foyer ablaze, vandalised some offices in the main building and caused extensive damage to some of the Commission’s movable assets within the premises.

“Six utility pick up vehicles (Toyota Hilux) were burnt down while two more were smashed and damaged. The security agencies who were at the scene have commenced an investigation.”

Across the federation, INEC offices have been witnessing series of attacks by unknown persons lately with the most recent happening a few days ago.

Recall that on Thursday, INEC’s office in Enugu was also involved in a fire incident. However, the remote cause of the inferno is yet unclear.

The Commission has lamented the spate of attacks on its facilities, noting that it portends danger to national electoral activities.

Following the ugly incidents, INEC said it would hold an emergency meeting with all Resident Electoral Commissioners across the states over attacks on its offices.

Related Topics:INEC_OfficeToyota HiLux
Up Next