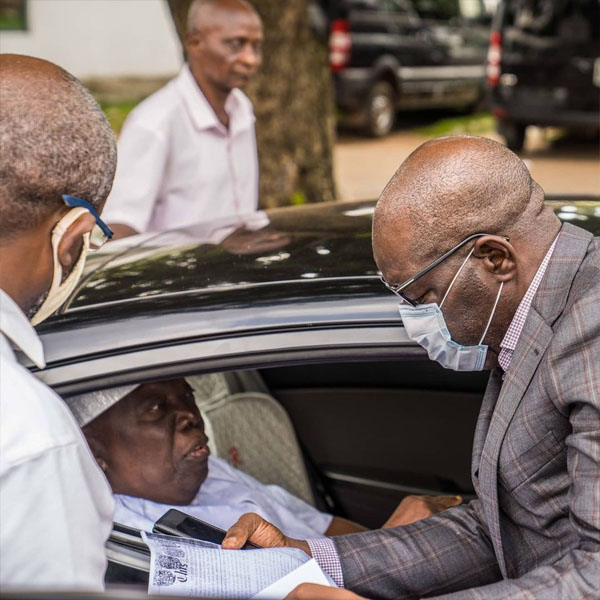 According to a report, a senior citizen, Barrister Okeaya Inneh, was at the Edo State Governor’s Office. He was there to lodge a complaint on some land issues to the governor. Receive Complaint

Being non-ambulant, the Senior Advocate Of Nigeria (SAN) was unable to climb out of his car.

Frank Evbuomwan briefed Godwin Obaseki about this complaint. Evbuomwan is the Managing Director, EDO GIS (Geographic information System). Obaseki was also briefed about the condition of the Barrister Inneh.

The executive Governor of Edo State left his office and walked to the car park. Hw went there to attend to this citizen and resolved the issues immediately. Receive Complaint

Governor Godwin Obaseki is demonstrating that as a an elected public servant, you must be answerable and available to the electorate.

See photos below of Obaseki attending to the issues bought by Barrister Okeaya Inneh SAN in his car. 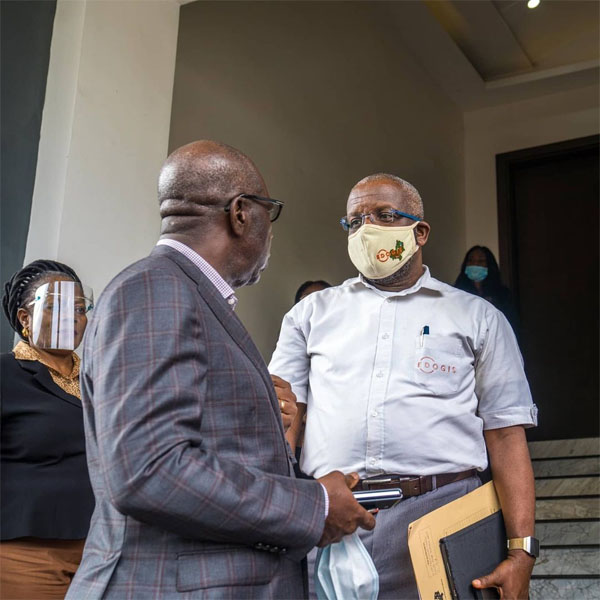 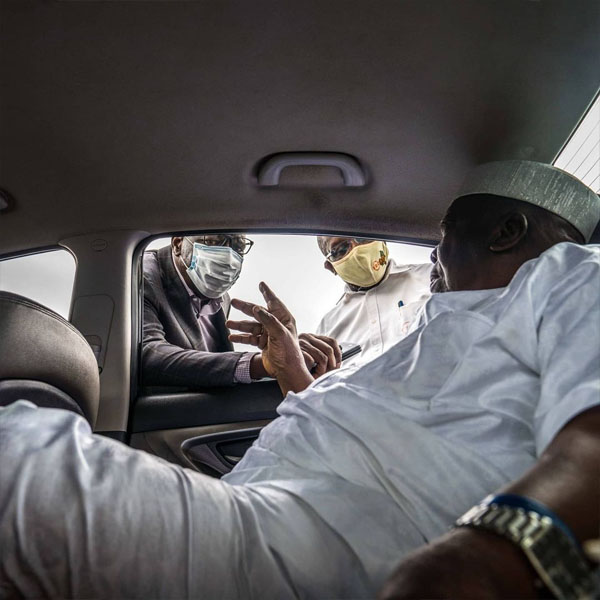 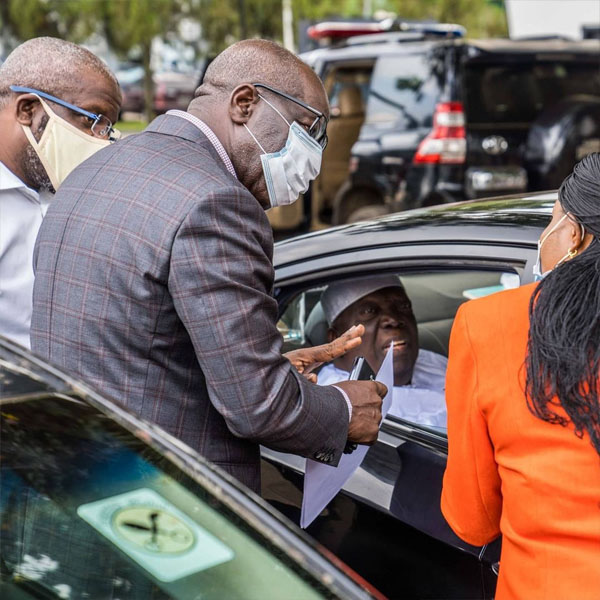 Godwin Nogheghase Obaseki is a Nigerian politician and businessman. He is currently the governor of Edo State. He was first sworn in as governor on 12 November 2016. Receive Complaint

The 63-year old Obaseki is tagged the “Wake and See Governor.” Pundits say this is because he prefers working and delivering infrastructural projects without prior fanfare or needless rhetoric.

On 20 September 2020, The Independent National Electoral Commission (INEC) announced Obaseki the winner of the Edo State gubernatorial election. He won against his major opponent from the All Progressives Congress Osagie Ize Iyamu with a total number of 307,955 votes.

We Must Stop Governors From Giving Cars To Judges — Ubani