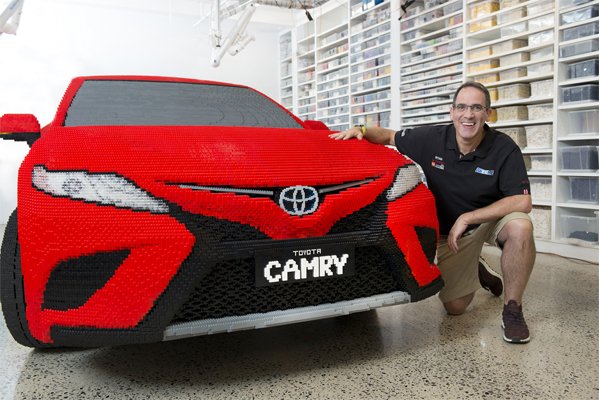 What is unique about this particular Camry is that it was manufactured using over 500, 000 plastic Lego building bricks.

To assemble this Camry, over 900 hours in the course of 8 weeks was spent. This duration is about 40 times the time it takes Toyota to assemble only one example car. That is from welding to painting to final inspection.

This Lego-made Camry weighs approximately 2 tons. That is about 0.4 tons more than the actual car and the car also has some cool gadgets such as functional indicator and brake lights, headlights and Toyota logos on its alloy wheels, etc.

This Lego bricks-made Camry was designed by Ryan ‘The Brickman’ McNaught, a Lego certified professional, the only one in the southern hemisphere and one of 14 worldwide.

The Lego-made Camry  is being showcased at the Melbourne Museum Plaza, at the Brickman Awesome exhibition, Melbourne, Australia. 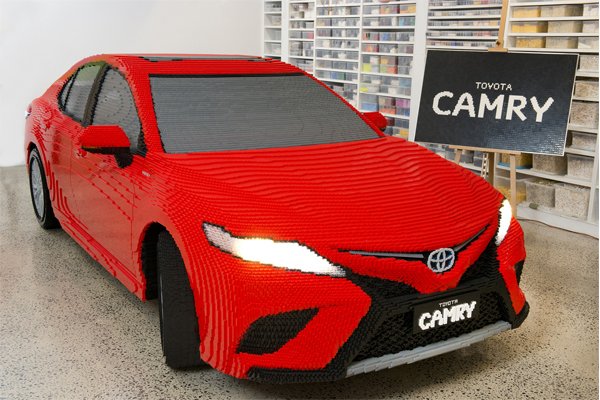 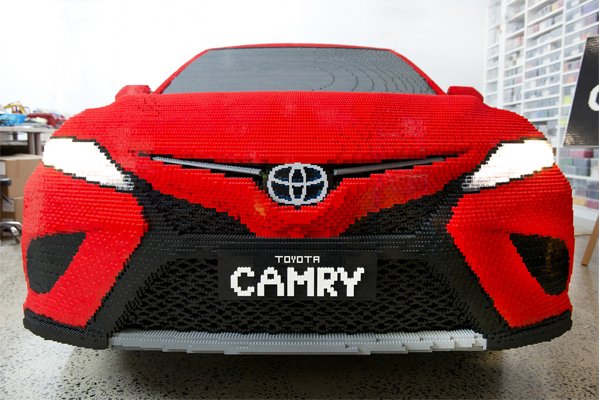 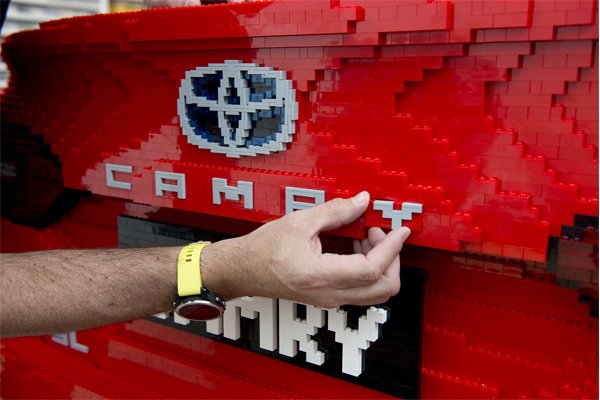