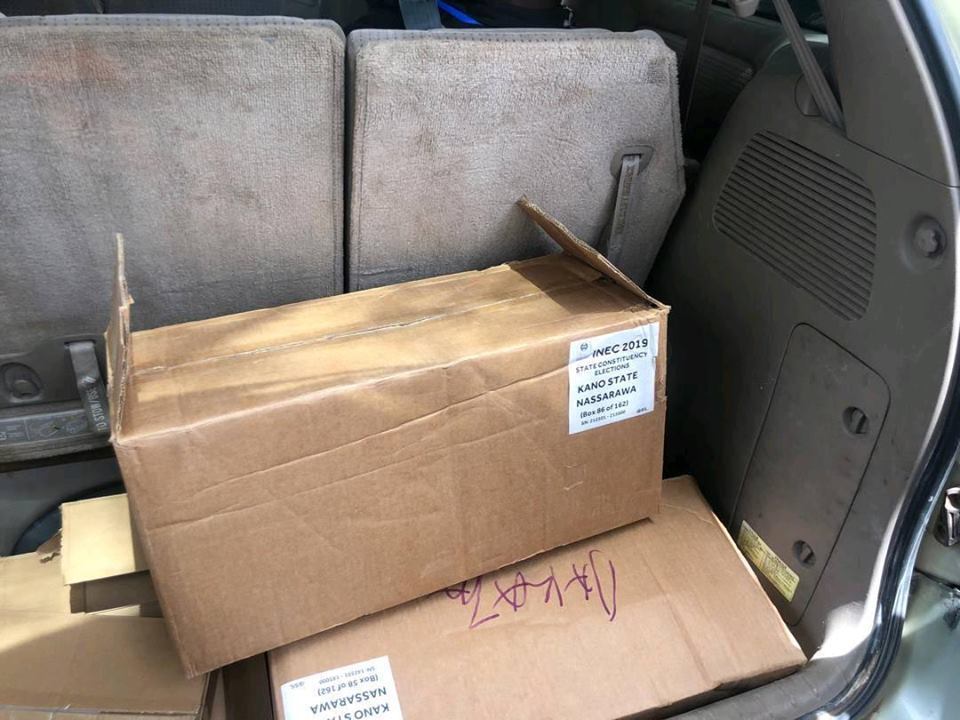 The ballot papers were loaded in a Sienna car and was arrested by officers at Magwan Primary School in Nassarawa Local Government Area of the state.

The Police Public Relations Officer in the state, DSP Abdullahi confirmed that the suspects had been moved to Bompai headquarters of the command for questioning.

“We just received reports from the DPO Nassarawa over the incident. They have been moved to Bompai. I cannot give you further details for now,” he said, while assuring that as soon as they were back from inspection, he would get the full details of the seizure of irregular ballot papers.

Meanwhile, Kano State Governor, Dr Abdullahi, Umar Ganduje, has expressed optimism that he would emerge triumphant over his opponents at the end of today’s governorship polls.

Speaking to reporters after casting his votes at Ganduje ward in Dawakin Tofa Local Government Area of the state; he also predicted that he would record more votes than President Muhammadu Buhari did in the state last week.

You may also like: Overdrive: The Effective Ways To Use It While Driving

The governor was impressed by reports of impressive turnout of voters for the polls from across the state, describing the development as impressive and excellent.

According to him, the voters came out very early in the day to cast their votes in different polling units in the state, adding that officials of the Independent National Electoral Commission (INEC) were at their duty post in good time.

Dr. Ganduje tasked the people of the state to come en mass and vote for the candidates of the All Progressives Congress (APC) for the 40 Assembly seats in the state.

Checks by our correspondent across several polling units indicated that there was moderate turnout of voters for the elections in the state.

13 Little-known Facts About The US B-2 Spirit Stealth Bomber,The Most Advanced And Most Expensive Aircraft Ever

The HondaJet Is The Most Delivered Aircraft In Its Class