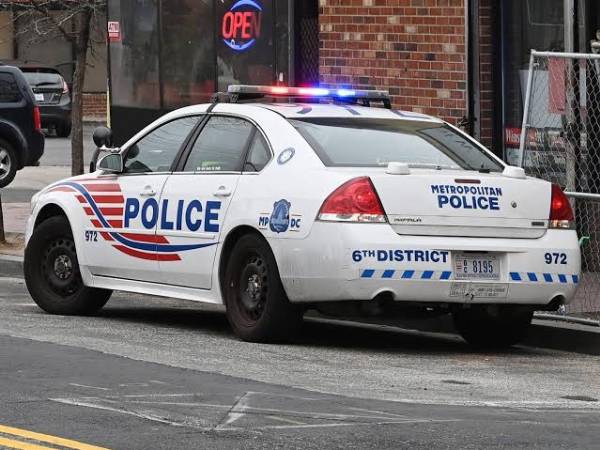 The two squad cars were totaled during the incident after sustaining substantial damages.

Four DC police officers were taken to the hospital last week Thursday after drag racing their patrol cars along a street in Northeast Washington.

The four officers, all recent hires from the 6th Police District and who also faced suspensions, were treated for non-life-threatening injuries at the hospital.

But the same cannot be said of the two squad cars. The vehicles were totaled during the incident after sustaining substantial damages.

An eyewitness told reporters that the two police cars were going “really, really fast” before colliding and crashing through a wooden fence on the side of the road.

Internal Affairs is currently investigating the crash, according to police reports. A statement by Durriyyah Habeebullah, 6th district commander of the Metropolitan Police Department of the District of Columbia, said :

“Two 6D scout cars were totaled because officers decided instead of fighting crime, patrolling their beats, or engaging the community – they decided to drag race each other on Anacostia Avenue at 5 pm in the evening,”

“What does this say to all of the members of MPD who are passionate about their job and work hard every day to make a difference. This is not fair to any of us,”

Accident Claims One As 5 Trucks Got Burnt In Kwara