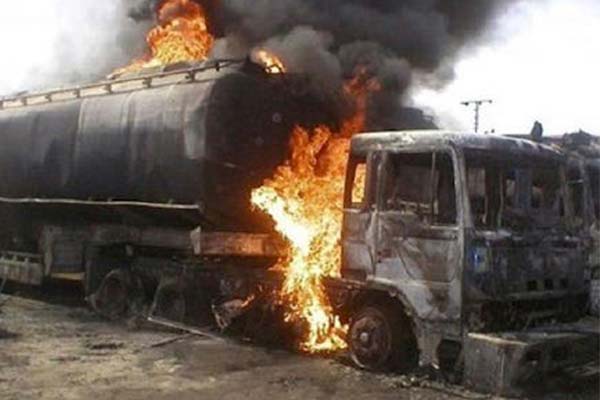 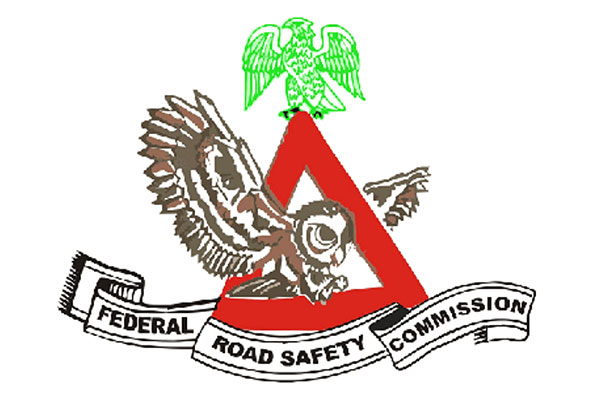 One person has died while trucks with goods worth millions of naira got burnt in accident along Bode Saadu-Jebba express road in Moro local government area of Kwara state.

According to Information by the Kwara State Fire Service and the Federal Road Safety Corps, the fatal crash was caused by brake failure, wrong overtaking, and over-speeding.

“Men of the Kwara State Fire Service were summoned to a road accident by one FRSC officer called Azeez Olaolu. The accident occurred along Bode-saadu Jebba Expressway today.

Accident claims one As 5 trucks Glgot burnt in Kwara

“The accident was a head-on collision that resulted in the fire outbreak which involved five heavy vehicles; four trailers filled with different variety of goods, and a petrol tanker.

“In this terrible accident, a man was burned dead and all the involved vehicles too were affected by the burning fire, although at different degrees.

Sector Commander of FRSC, Jonathan Owoade while confirming the accident said that it was a result of brake failure and wrong overtaking.

“This morning our attention was called to a multiple Road Traffic Crash (RTC) involving a tanker and a trailer at Olola area, along Bode Saadu-Ilorin road axis.

“Four persons were involved and sadly one of them got burnt and lost his life, others were unhurt”, he said.

Owoade said that there were no items recovered while efforts were ongoing by the FRSC officials to control traffic.

“The Fire service officials were alerted and are there to put off the fire. Meanwhile, our men are controlling traffic and removing obstruction caused.

“The affected vehicles are under the custody of the Nigeria Police Force (NPF)”, he said.

Owoade however advised motorist to ensure that their vehicles were in good condition before embarking on journeys.

He also cautioned drivers on over speeding and wrong overtaking. He added that the best driver was one who reached their destination safely.