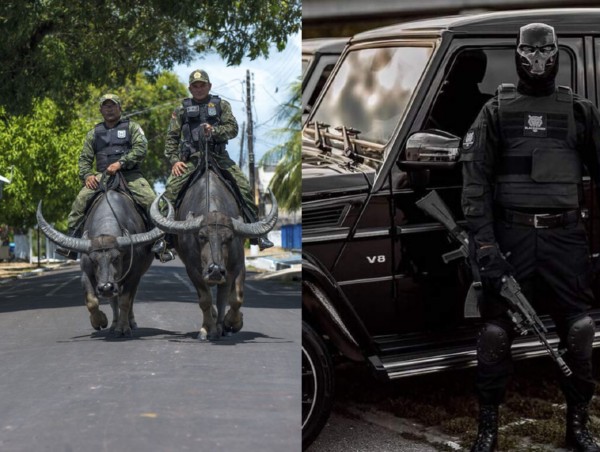 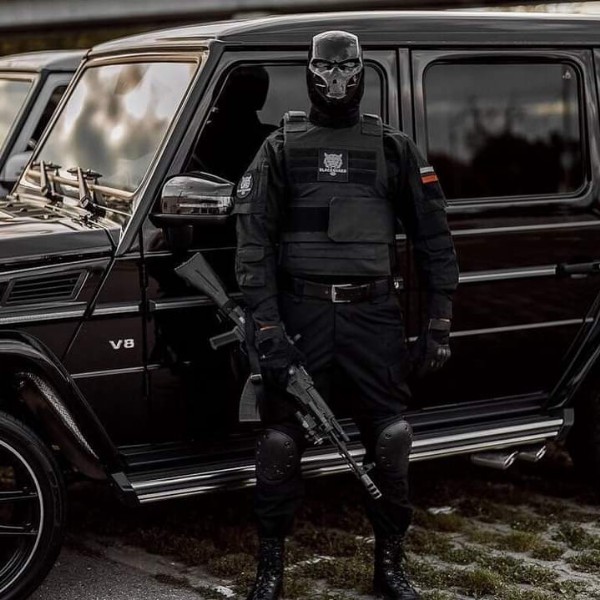 Across the world, military police and traffic officials are known for patrolling the streets with high performance cars like the Mercedes-Benz G-Wagon, used by the German police as well as Bugatti Veyron and Toyota Land Cruiser, used by the Dubai Police.

But this is not the case in Marajo, an island, the size of Switzerland, off Brazil’s northern coast, which has some 450,000 domesticated and feral water buffalo. 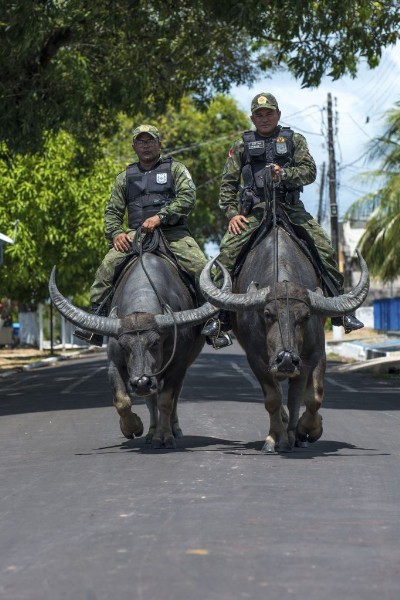 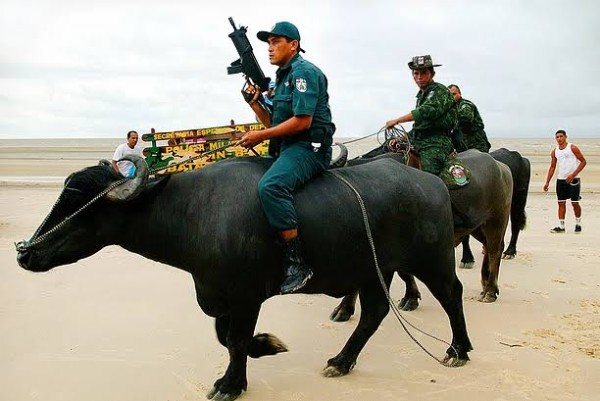 Photographer Fernando Camara was on hand to capture the unusual sight while photographing the sights in Marajo Island, Brazil.

“The practice of patrolling the streets on water buffalo is traditional in the locality. 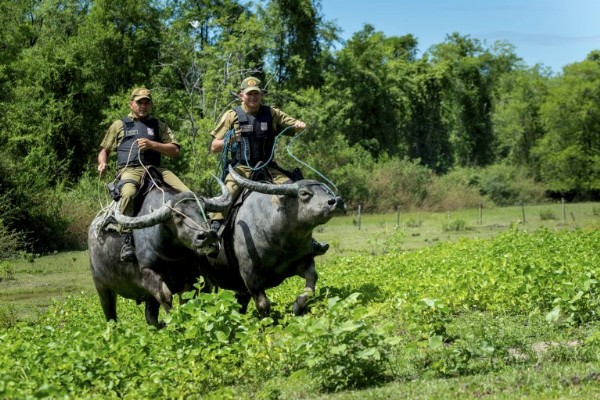 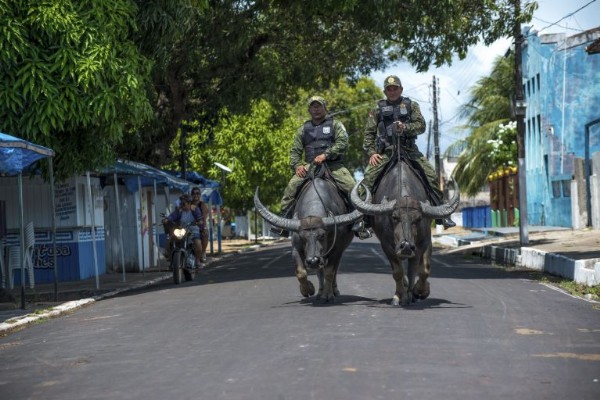 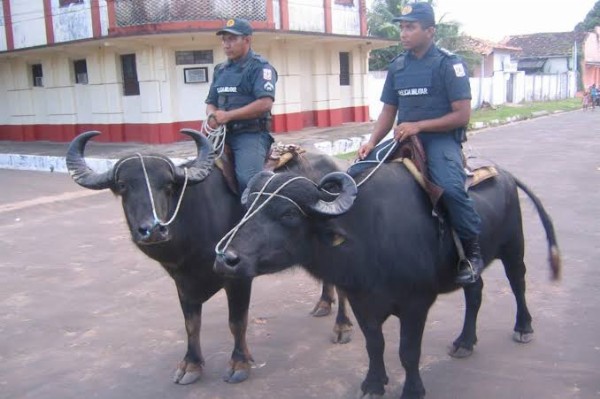 “It has became a bit of a tourist attraction, but was started with the objectives of reinforcing safety and maintaining the culture of the local population.”

According to reports, it is a traditional for Marajo’s military police to ride the docile, 1,000-pound creatures. The country reportedly has more buffalo population than humans. 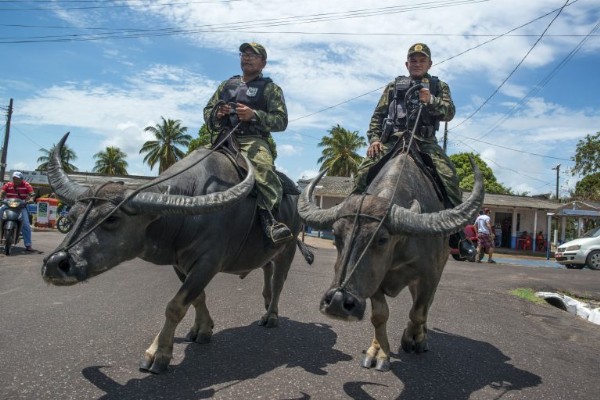 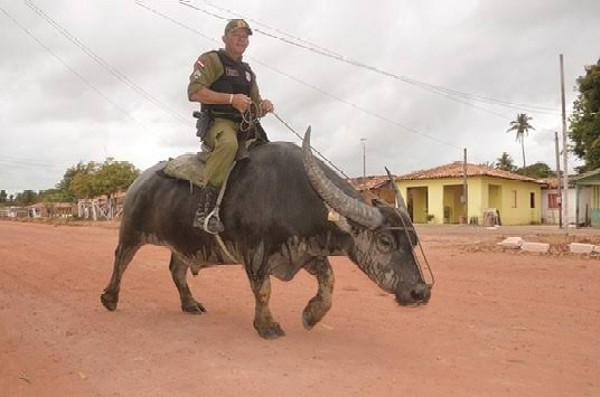 When the bulky animals are not being deployed to carry soldiers around, they haul farm equipment and provide milk, meat and hides.

The scene brings to mind one of Bob Marley’s famous and chart-topping songs, Buffalo Soldier.

But what we can’t really deduce from the photos is whether the two buffalo soldiers are in fact, dreadlocked rastas.