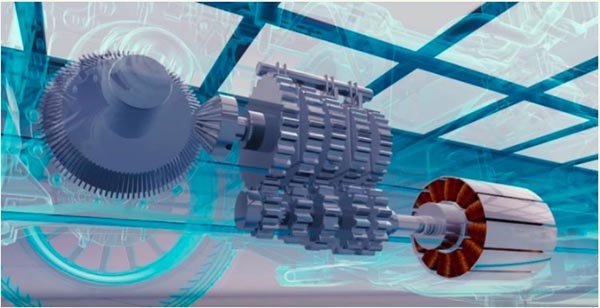 In the age of 5 to 9-speed transmission, it can be a little hard to imagine a car with only one gear.

So why do electric cars use just a single gear, rather than using traditional transmissions like you’d find paired with internal combustion engines?

The answer is simple:
They get away without numerous gears because they are high revving(20,000rpm), remain fairly efficient across a very broad rev range, and produce a great amount of torque at low RPM. Also starting up the engine always have enough power to move the car without an overdrive gear.

Typical car maxes out at 6000-7000 RPMs, after which you risk damage to the little bits that connect the cylinders to the drive shaft.

One of the biggest differences between electric cars and internal conbustion engines has to do with the drivetrain. An internal combustion vehicle has a multi-speed gearbox with numerous ratios and requires multiple gears to move from a stop,cruise comfortably and to reach a top speed. 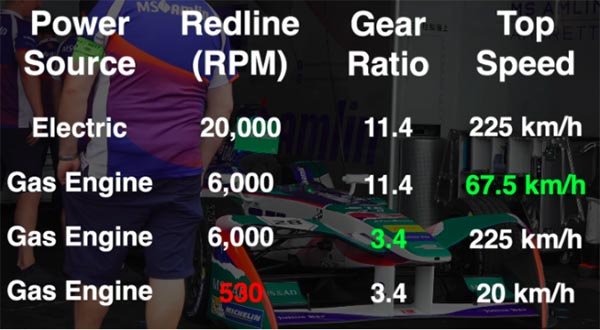 So instead of packing the car with numerous gears, engineers and designers of electric cars just pick a gear ratio that provides a good compromise between acceleration and desired top speed.

It’s worth noting exceptions do exist. The original Tesla Roadster began life with a 2-speed transmission, but the company eventually did replace it with a single-speed unit.

As electric cars continue to grow in market share, the age of 1-speed gearboxes may just be getting started.What do you think ?