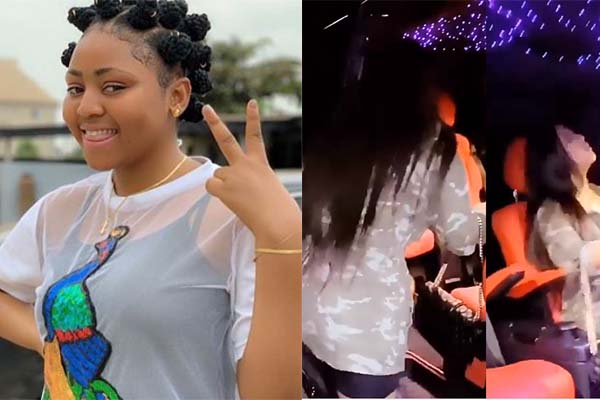 Nollywood actress, Regina Daniels, was recently spoiled by her husband with lavish gifts for her 20th birthday.

The film star clocked a year older on October 10, 2020, and a week later, her husband was still spoiling her with expensive and mouth-watering gifts.

Regina recently showed off her birthday gift. The actress said her billionaire hubby, Ned Nwoko, bought her a ‘four-wheeled plane’. The celeb described her luxury new vehicle this way seeing as the interior looked like that of a private jet with plenty of legroom.

The film star also shared a series of videos of herself jamming to hit songs in her new ride.

“Meet my four wheel plane…..Also a birthday present from hubby alongside my 24million Naira watch…..Love you baby ❤️❤️ u are so extra.”