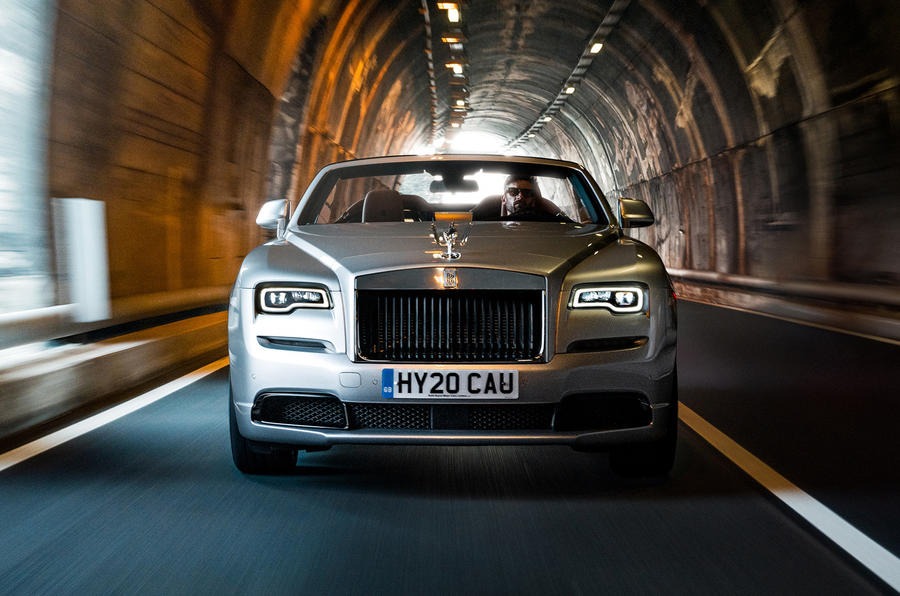 Another new Car release from the supper car production campany Rolls-Royce as they unveiled a two-seat roadster variant of its Dawn convertible, of which just 50 examples will be made.

The silver colour extends to the rest of the car’s body, harking back to previous Rolls-Royce special cars such as the Silver Dawn, Silver King, Silver Silence and Silver Spectre, while the headlight and bumper sport dark detailing.

Inside, there is a carbonfibre dashboard and quilted leather surrounding the central console which Rolls-Royce said is inspired by leather jackets as the “quintessentially rebellious fashion accessory”.

The Silver Bullet retains the 6.6-litre turbocharged V12 of the regular Dawn, which generates 563bhp and propels it from 0-62mph in 5.0sec. The car has a top speed of 155mph.

Production has now begun ahead of the first customer deliveries getting underway, while the two-seater’s exclusivity means it will cost considerably more than the £275,295 standard Dawn.

The Goodwood-based maker said the model “melds the nostalgia of the past with the sophisticated innovation of the future,” adding that it “updates the classic roadster spirit and offers an exhilarating sense of uncompromised freedom”.

What do you think about this Latest Rolls-Royce New Dawn Silver Bullet special edition? We want to hear from you. Drop your opinion in the comment session below.