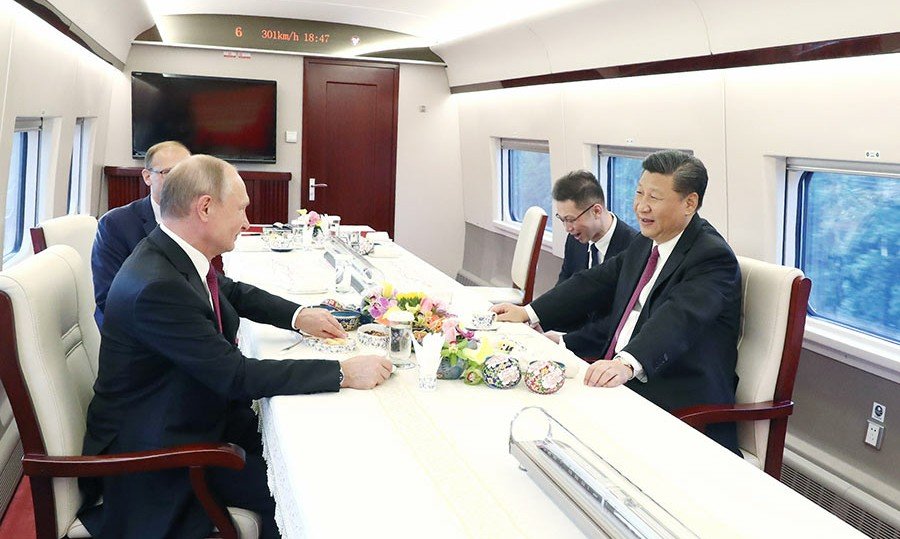 Few weeks ago while on an official visit to China ,Russian President Vladimir Putin and the Chinese leader left Beijing for Tianjin, a major port city in northeastern China on a high-speed train that has a top speed of 350 km/hr.

The Chinese leader used the means of transportation to demonstrate the advantages of high-speed transport as well as Chinese engineering.

The Russian President is now planning a joint project to build a high-speed rail line between Moscow and Kazan with Russia’s Chinese partners.

At the moment, China has the world’s longest high-speed rail network which extends to about  22,000 km.

Last year , China unveiled the new generation of high-speed trains called Fuxing that has a maximum speed of 350 km/h (217 mph-operation) and 400 km/h (249 mph-normal).