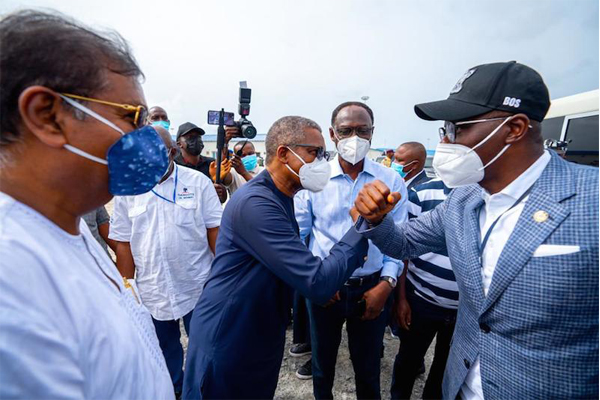 Lagos State Governor, Mr Babajide Sanwo-Olu has disclosed that construction of the ancillary road infrastructure leading to the Free Zones in Ibeju Lekki will kick off in May 2021. Roads In Lekki

Earlier, the governor had said commercial operations at the Lekki Deep Seaport in Lagos Free Zone, LFZ, will begin in the first quarter of 2023. He was assured by Du Ruogang, Managing Director of Lekki Port and representative of China Harbour Engineering Company, who is the major investor of the Lekki port project.

Sanwo-Olu disclosed the proposed construction of the road when he led members of the state’s Executive Council on a visit to the Dangote Refinery and Petrochemical facilities at the weekend, the second day of the Governor’s working tour of the Free Trade Zone of the state. The carriageway extends from Lekki-Epe Expressway into the Free Trade Zone area, covering several kilometres. The rehabilitation of the road is a partnership between the Lagos State Government and the Dangote Group. Roads In Lekki

Sanwo-Olu and Dangote later went into a private discussion where they agreed on the timeline for the kick of the road project. Roads In Lekki

Briefing the media after the meeting, the Governor said: “Today, we have taken a five-hour tour of the Dangote Refinery, which is the biggest single refinery in the world and also visited its fertilizer factory, which is the second-largest in the world. Between the time I came here in 2019 and now, there has been a huge improvement in the construction and layout of the entire site.

“As a Government, we are here to encourage the investors and to show them that we are with them. The Government is in place to serve them; anything that will ease business is critical to us. Roads In Lekki 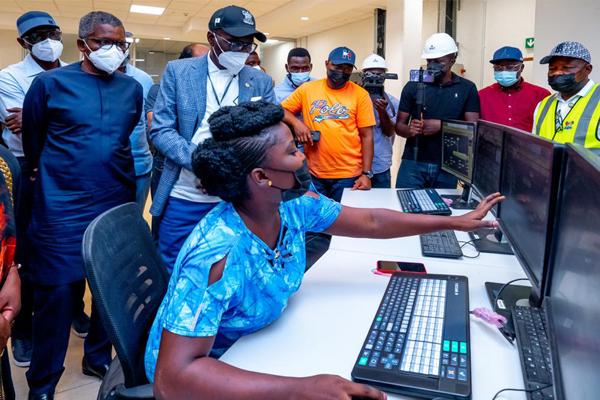 “We have met and cleared out few issues around approvals, right-of-way and the infrastructure. These are things that we need to come on this axis. We don’t want a replay of Apapa gridlock here. So, we have agreed and we have planned a timeline for ourselves on the construction of Magbon Alade Highway. This will come to the free zones from Lekki-Epe Expressway.”

Sanwo-Olu said the State Government would be complementing the infrastructure being initiated in the Free Trade Zone with the Green Rail Line, which would raise transportation capacity in and out of the corridor. Roads In Lekki

The rail, the Governor said, will kick off when the feasibility study for the project is completed. He added that the layout for an airport being developed in the Epe axis was being done. He promised to prioritise its completion.

Dangote noted that the refinery and petrochemicals projects were his largest investment worldwide. He applauded the state government for his support to investors. The billionaire said Sanwo-Olu’s commitment made the free zone to be business-friendly. He pointed out that the area would become the hub of industrialisation in the country. Roads In Lekki 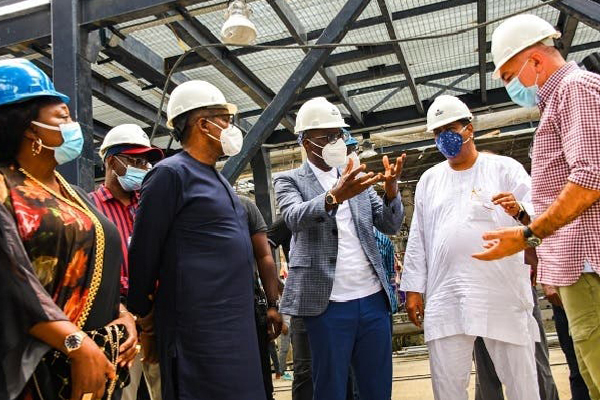 Speaking on the road project, Dangote said: “As Mr Governor mentioned, we are eager to start this project. As soon as we have the green light, we will go ahead with the construction. This will be before we even sign the Tax Deductible Agreement on Presidential Order 7. I have promised the Governor that we will start the road in the next two months.”

Dangote said the host community had not been neglected in the construction value chain happening in the free zones. He stressed that hundreds of local residents were part of the 20, 000 Nigerians being engaged in the projects. Roads In Lekki