A Lagos-bound Aero Contractors aircraft was forced to make an air return on Sunday. This happened after having suffered a bird strike in Kano.

The captain of the aircraft was said to have taken the precautionary decision. He made an air return when he heard the sound of the bird strike.

A bird strike is defined as a collision between a bird and an aircraft that is in flight. This can happen on a takeoff or landing roll.

Reacting to the incident, the management of the airline in a statement issued apologized to the passengers on board the flight.

The statement from the airline declared. “Aero Contractors regrets the inconveniences suffered by our passengers on flight N2 142. It occurred this morning 21st March, 2021 on the Kano to Lagos flight. It was due to a bird strike on the engine while taking off.

“For precautionary and safety reasons, Aero Contractors had to make arrangements to ferry the aircraft back to Lagos. This was to enable our engineers undertake a check on the engines. It was also done to secure the approval of the Nigerian Civil Aviation Authority (NCAA) before returning it to service. 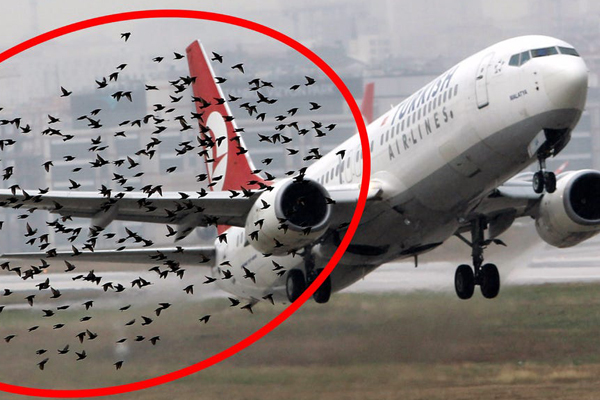 “When the Captain heard the sound of the bird strike, he made a safety and professional decision to return back to land in Kano, despite all the engines being normal and within limit.

“After close examination, with the approval of NCAA and Accident Investigation Bureau (AIB), the aircraft was ferried back to Lagos for further examination.We are currently doing everything possible to bring our passengers back to Lagos.”