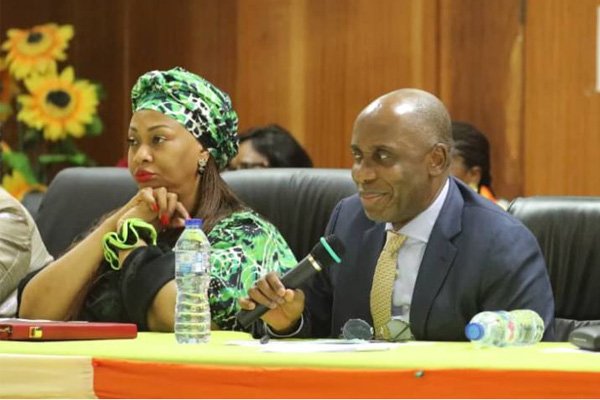 This was announced in a statement released earlier today by the Ministry of Transport.

According to Amechi, “In my first term as Minister, I completely abandoned the maritime sector to the Heads of agencies. “This time around that would not be happening again as I have instructed that the Minister of Transportation for State should personally supervise the maritime agencies, while I just oversee what is happening.

“There are two things that I have discussed with President Muhammadu Buhari that I will be focusing on in this second term as a Minister and they are maritime security and the Single Window project.

“I have assured the government that by the end of 2020, we should have the Single Window at our maritime sector.”

President Muhammadu Buhari directed the establishment of the single window platform that would integrate all government agencies at all the entry points into the country to promote trade and boost security.

The statement was issued today in Abuja by the media aide to the Minister of Transport, Israel Ibeleme after the 3rd Maritime Stakeholders Interactive Forum held in Lagos.

Middle East-Bound Cargo Ship Capsizes With 4,200 Hyundai And Kia Cars On Board