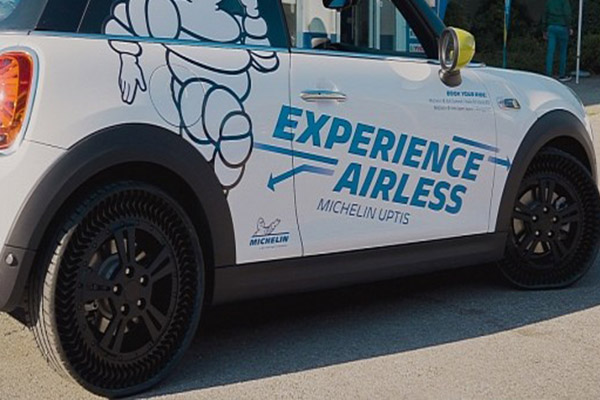 Say goodbye to flat tyres as Michelin airless Uptis tyre gets its first public outing on a Mini Electric.

The Uptis, which stands for Unique Puncture-proof Tire System, was designed to eliminate flats and blowouts. 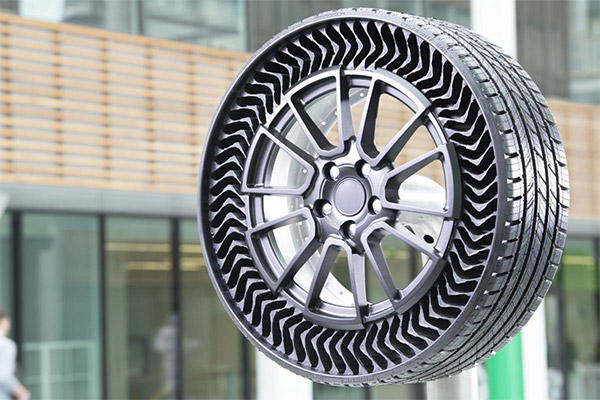 The MICHELIN Uptis tyre, a new generation of airless wheel that can never go flat, has taken to the road for the first time in public on a Mini Electric.

This was an exclusive experience for certain lucky members of the general public who had the opportunity to take a ride and test this revolutionary tire.

First unveiled in June at the Movin’On Summit 2021, Michelin’s first tire is made of 46% sustainable materials was also on display.

The Uptis, which stands for Unique Puncture-proof Tire System and was co-developed with General Motors, was designed to eliminate flats and blowouts.

The Uptis uses spokes made of composite rubber and resin-embedded fiberglass that sit between the outer edge of the tyre and central aluminum wheel, removing the need for air. 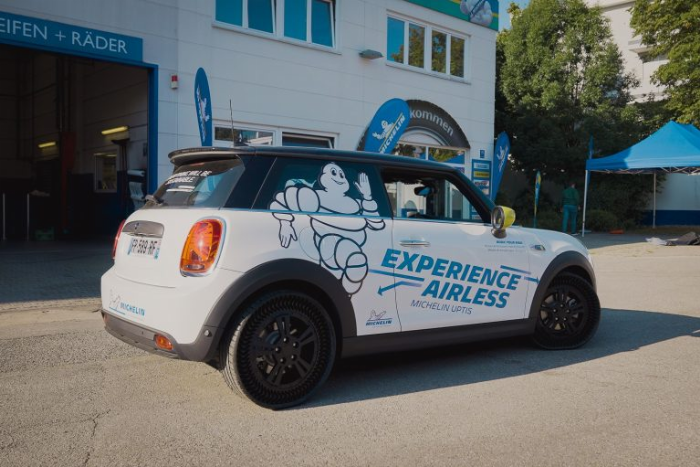 “The truly distinctive structure of the MICHELIN Uptis prototype, or its ‘weirdness’ as we have often heard it called, really attracted the attention of many visitors and left a lasting impression on them.

It was an exceptional experience for us, and our greatest satisfaction came at the end of the demonstration when our passengers, who were admittedly a little wary at first, said they felt no difference compared with conventional tires,”said Cyrille Roget, Michelin Group Technical and Scientific Communications Director.

Along with the obvious benefits of greatly reducing the chances of tyre blowouts and flats, Uptis require virtually no maintenance and would have a significantly longer lifespan than pressurized counterparts.

They can also reduce the use of raw materials and emissions linked to the manufacture of spare and replacement tyres.

This experience bodes well for Michelin, which remains on course to bring the first Uptis tire to market in 2024!

Just Imagine a World where you drive without needing to change a flat tyre or pay a visit to a vulcanizer.