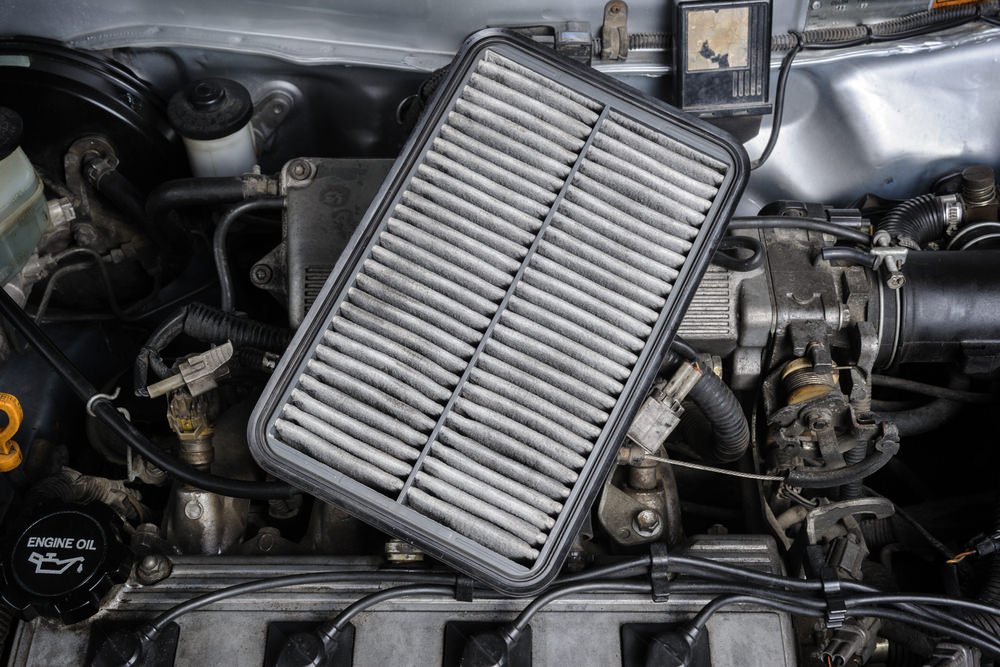 A car engine combines air and fuel in the combustion chamber to create power. This air reaches the engine through an air filter that works to keep out road debris, dirt,and other contaminants that can damage the engine. At the same time, the air filter must allow enough air to reach the engine so that it can perform effectively. Over time, the air filter can become dirty and blocked, and the lack of air can affect the overall performance of your car.

Most car manufacturers recommend changing the air filter every 10,000 to 15,000 miles.But, if you typically drive in dusty or rural areas especially during this harmattan period, you might want to have your mechanic check and change it more frequently, such as every 6,000 miles.

Also if you normally drive in crowded areas where there is heavy traffic like Lagos,that makes you stop and start more often requires you to replace the air filter more frequently.

These are symptoms that indicate your air filter needs replacing:

1)Your Engine Misfires
Restricted air supply from a dirty air filter results in unburnt fuel exiting the engine in the form of soot residue. This soot accumulates on the spark plug preventing it from the igniting the air-fuel mixture. You’ll notice that the engine does not start up easily, misfires, or jerks roughly.

2)Smell of fuel when starting the car
Lack of air entering the fuel injection system when you start the car makes excess unburnt fuel exits the car through the exhaust pipe. That’s when you’ll smell the fuel and know that it’s time to replace the air filter.

3)Black sooty smoke or flames exiting the exhaust
Insufficient air supply makes some of the fuel not to burn completely in the combustion cycle. The unburnt fuel then exits the car through the exhaust pipe causing popping sounds or flames at the end of the exhaust. This happens when the heat in the exhaust system ignites unburnt fuel near the tailpipe.

4)Reduced horsepower
A jerking movements when the accelerator is pressed could mean that your engine is not receiving all the air it needs to perform.

5)Unusual engine sounds
Car vibrating excessively or a coughing/popping sound is often due to a dirty or damaged spark plug resulting from a clogged air filter.

6)Reduced fuel economy
Your car engine can also compensates for lower amounts of air by consuming more fuel to produce sufficient power. Maintaining a clean air filter can save on fuel costs.

7)Your check engine light is on
Many modern engines suck up about 10,000 gallons of air for every single gallon of fuel burned in the combustion cycle. Inadequate air supply can result in carbon deposits accumulating in the engine which may trigger the check engine light.