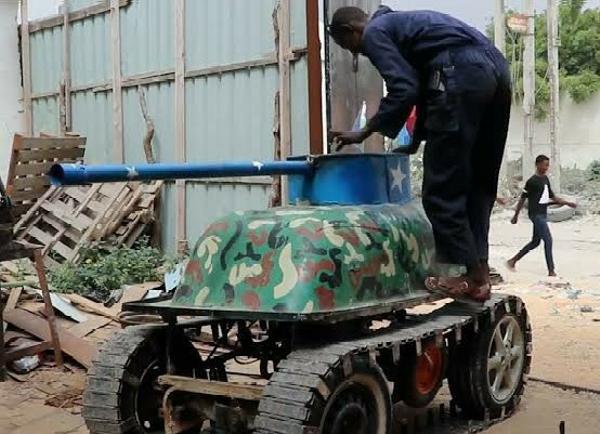 He used scraps materials gotten from his surroundings to make his build.

After completing his project, Ali took his ‘formidable’ Somalian tracked-wheeled tank for a test drive. 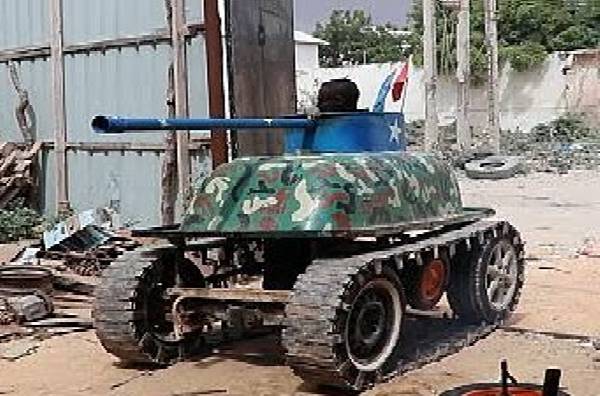 A Somali mechanic Abdullahi Muhamed Ali has become a national icon after building a Do-It-Yourself (DIY) military tank using scraps and other materials picked around his surroundings.

Ali, a 29 year old father of three, became a mechanic in 2015, having worked as a ship operator between Somalia and United Arab Emirates (UAE). 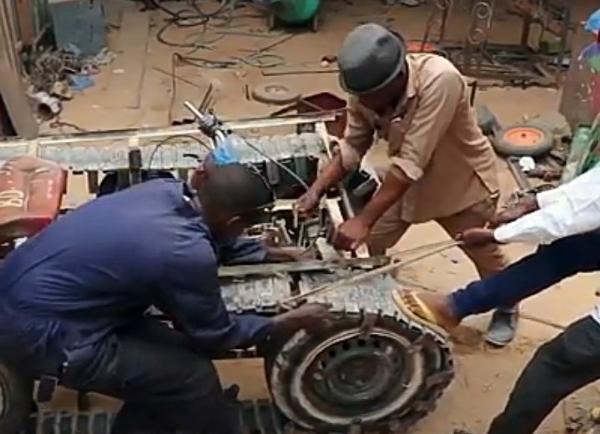 Footage of his construction work was shared on the social media. In the clip, Ali, along with his friends, can be seen fixing the go-anywhere track onto the mini tank. Powering the mini tank is a motorcycle engine. 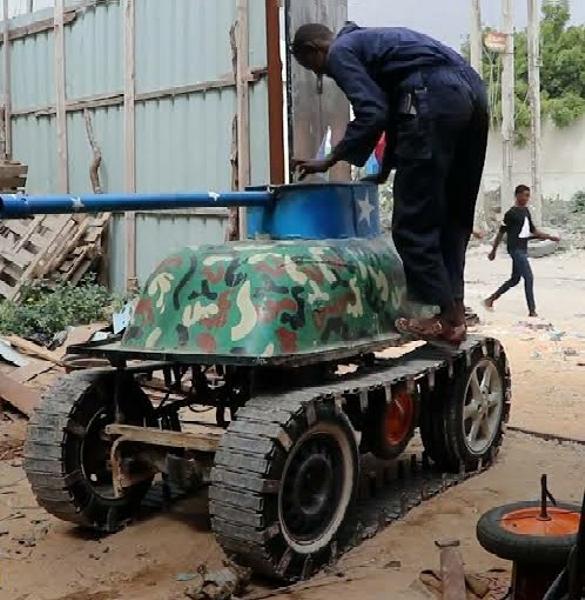 After completing his project, Ali took his ‘formidable’ Somalian tracked-wheeled tank for a test drive, arousing the admiration of onlookers.

Despite coming from a poor and war-torn country, Ali said his dream is to make Somalia a major force in tank building like the Russians, this he said will be achievable by expanding his skills and knowledge in mechanical engineering craft.