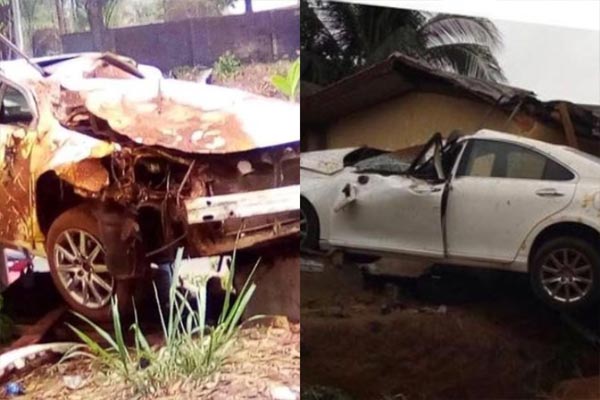 The Federal Road Safety Corps (FRSC) has confirmed the death of a  speeding driver and a female pedestrian in a lone accident at Obiuno Road in Igbo Ukwu community in Anambra.

Igbo Ukwu is in the Aguata Local Government Area of Anambra.

The FRSC Sector Commander in Anambra, Mr Andrew Kumapayi, confirmed the development.  He said that the incident took place on Saturday.

“Eye-witness report reaching us indicates that an unidentified driver of a Lexus car with registration number KSF403GD was on top speed and lost control of the vehicle.

“He knocked down two woman crossing the road and crashed into a building by the side of the road.

“The victims were taken to Apex Hospital in Igbo Ukwu by a good Samaritan before the arrival of FRSC rescue team from Igbo Ukwu Command. 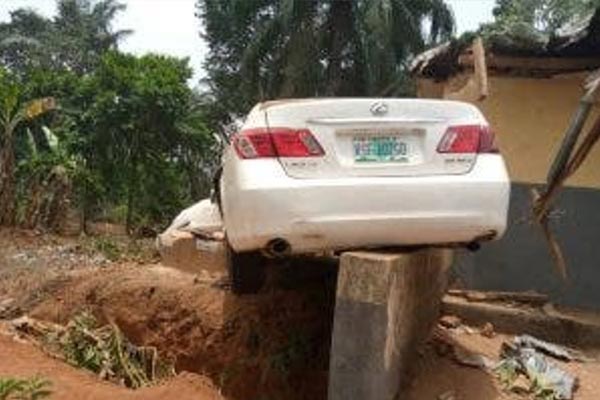 “The male passenger in the vehicle and one of the female pedestrians sustained injuries. The driver and the other female pedestrian were confirmed dead by the doctor on duty. Speeding driver

Their bodies had been deposited at the hospital’s mortuary,” Kumapayi said.

While condoling with the families of the dead, he warned motorists against speed limit violations. Speeding driver

The sector commander also advised pedestrians to be watchful when crossing or walking along highways to avoid untimely deaths.