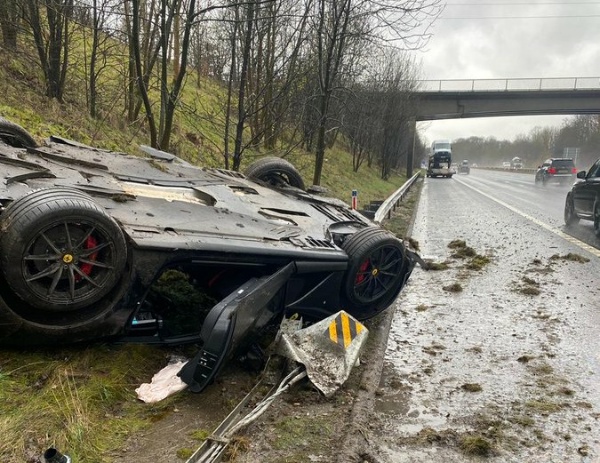 Storm Christoph blamed after a 789 horsepower Ferrari 812 Superfast worth N233m crashed into safety barrier In England.

Storm Christoph has been blamed for a one-vehicle crash that occurred on January 19, after a Ferrari 812 Superfast ended up on its roof.

The 812 Superfast sustained considerable damage after crashing through a protective barrier before landing on its roof.

Images taken on the crash scene and shared by Highways England shows the sports car by the side of the road, in West Yorkshire, England.

The tweet that accompany the photo reads “Storm Christoph 1 – Ferrari 0,”. Luckily, the driver of the Ferrari, worth £300k (or around N156m in naira), wasn’t hurt.

This 812 Superfast with a top speed of 211 mph is the second to be totaled in two weeks. A model belonging to Genoa FC goalkeeper Federico Marchetti was smashed into the barrier by a car wash worker earlier this month. 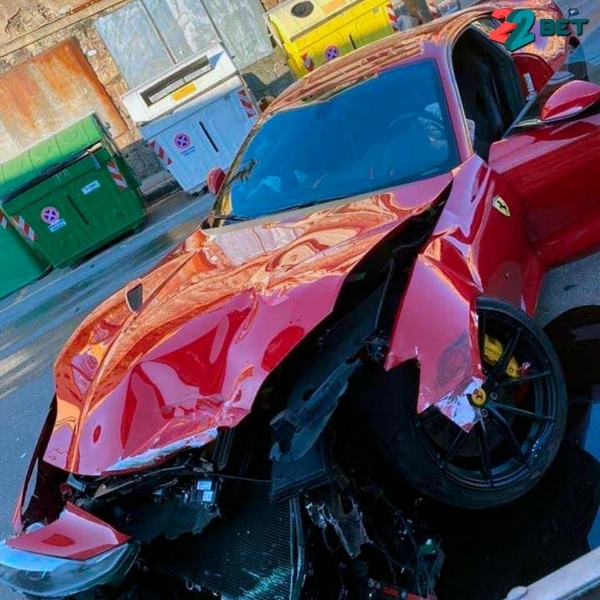 The worker was on his way to deliver it to Marchetti at training when he lost control of the ride.

A post on Marchetti’s Instagram handle shows he had forgiven the driver despite crashing his dream car.