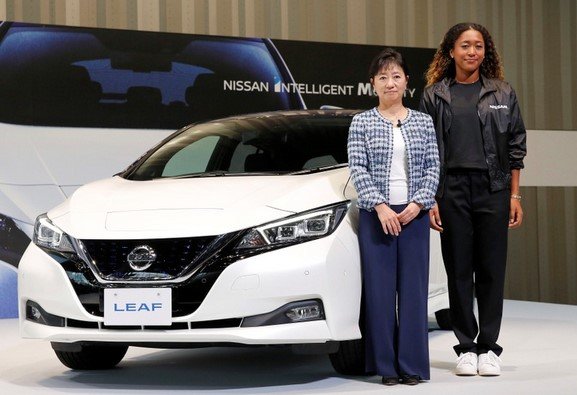 Few days ago, Naomi Osaka who’s a Japanese emerged the winner of the US open Tennis Championship.

After her victory, she headed back to her home country for proper celebration.

As the winner, Osaka received $3.8 million (1.38 Billion Naira) for her U.S. Open. Added to that, she was made a brand ambassador for the Japanese Automaker, Nissan.

“This week has been a dream come to life, and I’m so honored to represent Japan and Nissan on the world stage, I was drawn to partner with Nissan because of its strong Japanese DNA and global competitive spirit.

The brand is always challenging expectations, and I look forward to bringing its vision for driving excitement to new audiences around the world.”

As part of the Nissan partnership, Osaka will appear in global promotions and advertising for the car company.

She will join other Nissan global ambassadors. They include soccer players Gareth Bale of Real Madrid and Manchester City’s record goal-scorer Sergio Aguero, who both featured prominently during Nissan’s most recent UEFA Champions League sponsorship campaign.

She announced this endorsement on her official Instagram page.