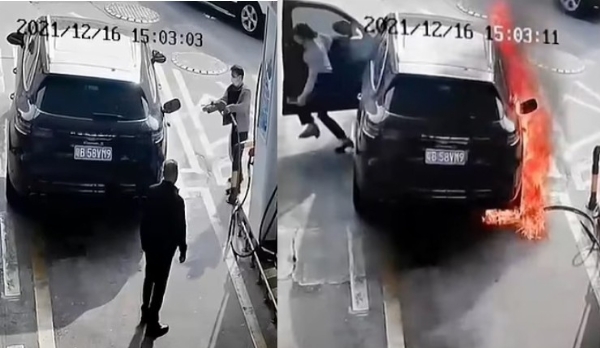 Shocking moment a man set fire to a Porsche luxury car being refuelled at a petrol station in southern China.

Luckily, no one was injured as a man rushed to help a woman out of the burning Porsche car.

The man who started the fire has been arrested by police and the incident is being investigated. 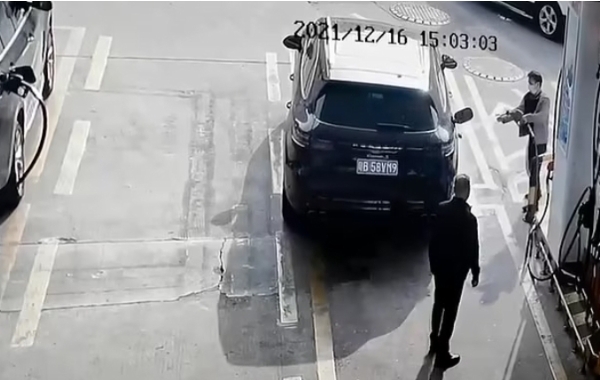 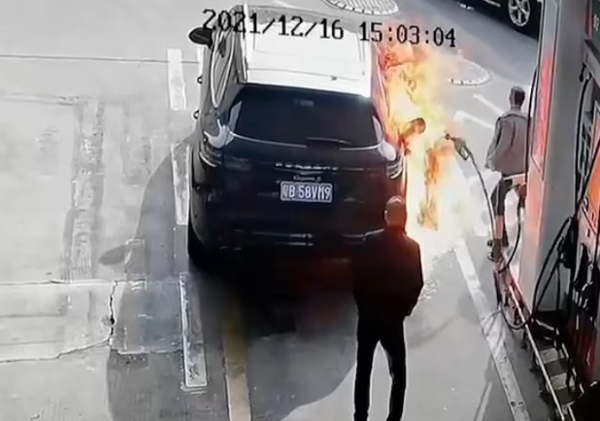 Police in China have arrested a man for torching a Porsche luxury car with a passenger inside that was being refuelled at a filling station in southern China’s Shenzhen city.

CCTV footage captured on December 16, 2021 shows the shocking moment a man rushed towards the Porsche that was being refueled before setting it ablaze. 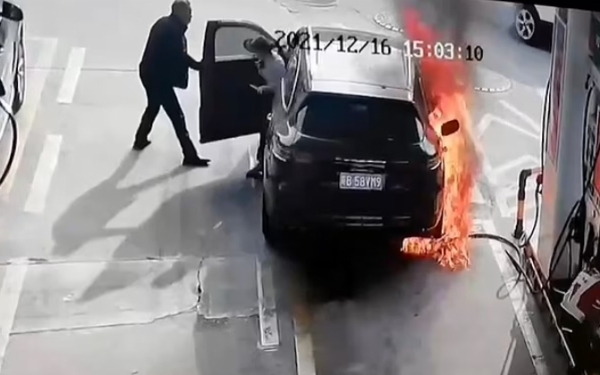 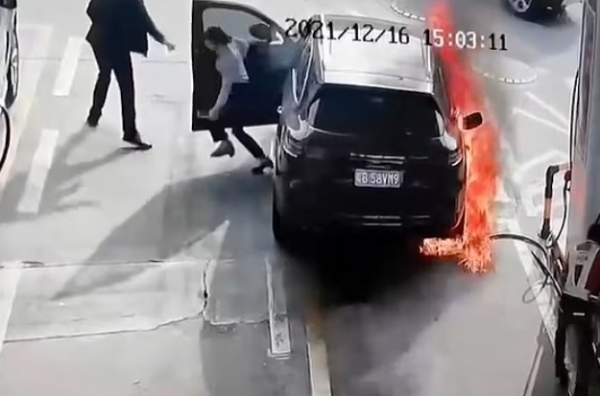 In the short clip, the man pulled out the fuel gun from the car and set it on fire. He then dropped the petrol gun and fled the scene as flames engulfed one side of the Porsche.

Luckily, no one was injured during the incident as a man who had been standing behind the Porsche rushed forward to help a woman out of the burning luxury car. 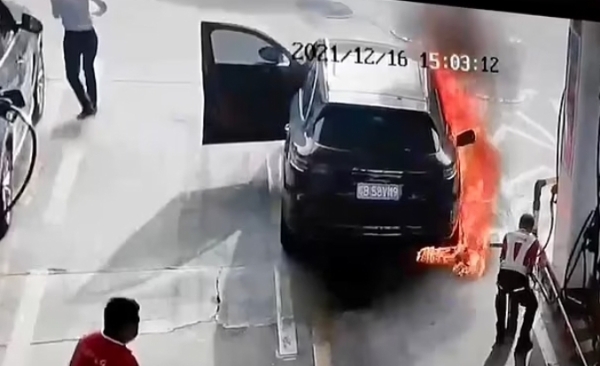 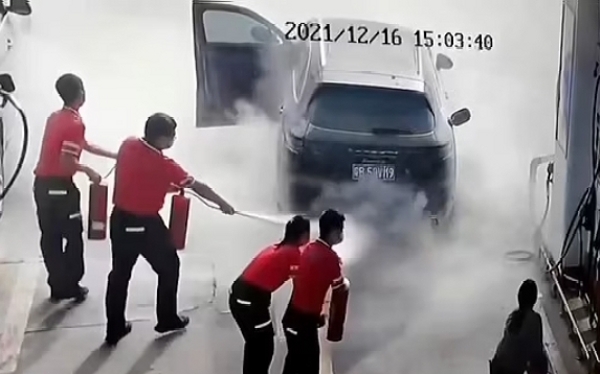 It was unclear whether the woman was the driver, but the man who started the fire was detained by police and the incident is being investigated.