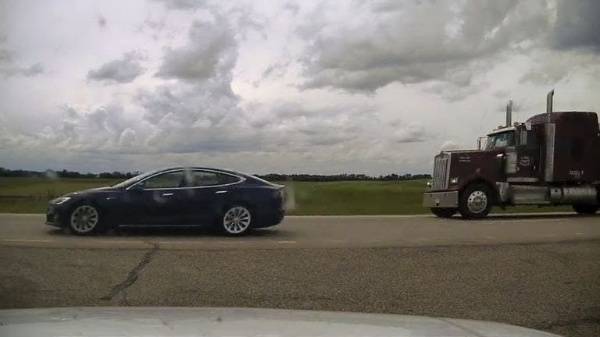 Tesla driver, 20, and passenger found asleep with the car seats fully reclined while speeding on the highway in Canada.

The self-driving car automatically accelerated from 138km/h to 150km/h after police activated emergency lights on their car.

Royal Canadian Mounted Police (RCMP) have charged a driver with speeding and dangerous driving after being found asleep behind the wheels of a speeding Tesla electric car.

The department sprang into action after receiving a call about an unoccupied Tesla Model S that was speeding south on Highway 2 near Ponoka.

The police said both front seats were fully reclined, and both the driver and passenger appeared to be sound asleep.

It added that the car appeared to be driving on autopilot at more than 140 km/h on a highway with a speed limit of 110 km/h.

The police spokeperson said in a statement that :

“Nobody was looking out the windshield to see where the car was going,”

“I’ve been in policing for over 23 years and the majority of that in traffic law enforcement, and I’m speechless.

“I’ve never, ever seen anything like this before, but of course the technology wasn’t there.” 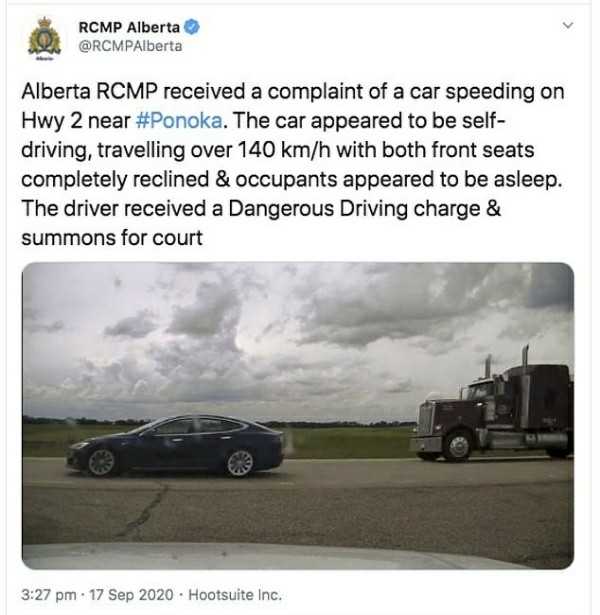 The responding officer explained that the Tesla automatically began to accelerate after they activated the emergency lights on their police car.

“Nobody appeared to be in the car, but the vehicle sped up because the line was clear in front.”

The responding officer, who obtained radar readings on the vehicle, confirmed that the car automatically accelerated from 138km/h (86mph). to exactly 150km/h (93mph).

The driver was initially charged with speeding and a 24-hour licence suspension for fatigue. But a Criminal Code charge of dangerous driving was later laid against the driver after further investigation.

The 20-year-old British Columbia driver was served with a summons for court in December.

But Tesla warns that the autopilot has limitations, that it requires constant oversight of an attentive driver at all times.

Remember This Russian SUV Lada Niva? It Has Been Upgraded (Photos)