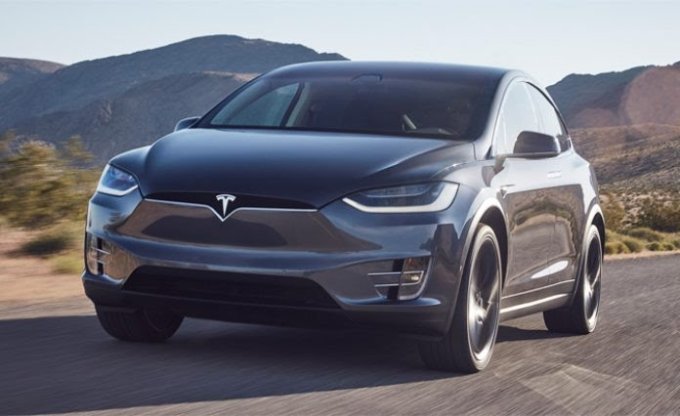 A Tesla on autopilot nearly crashed in the same location where a 38 year old Apple engineer died just weeks ago after his Model X crashed into a barrier.

The video above shows the moment the Tesla starts to veer to the left and into the divider without warning the driver.

From the video it appears the white lanes were faded so the car thought the left side of the lane was on the right.

In the 2nd video below, another Tesla owner in Chicago appears to have found a similar location with poorly painted lines.

Tesla believes in having eight cameras all around the vehicle and they monitor the presence of the lanes on the road.

The lanes are not marked clearly on the road, so the camera attached to the Tesla vehicle is having a difficult time. 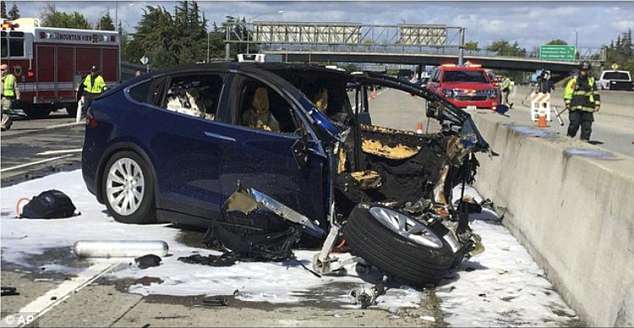 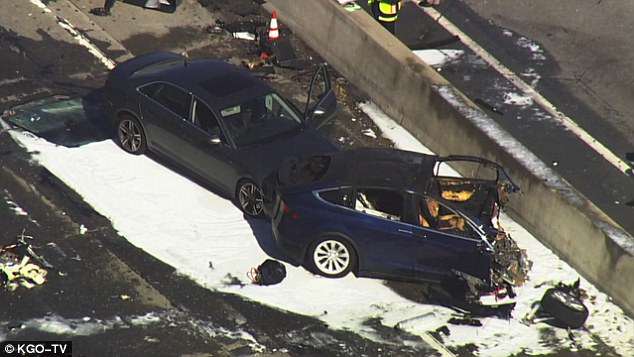 Tesla has now confirmed that the vehicle involved in the deadly crash on March 23 was operating on autopilot at the time.

And said the driver, who was killed in the accident, did not have his hands on the steering wheel for six seconds before the crash, despite several warnings from the vehicle.

Tesla said its vehicle logs show the driver took no action to stop the Model X SUV from crashing into a concrete lane divider.

Photographs of the burnt SUV show that the front of the vehicle was demolished. Its hood was ripped off and  front wheels were scattered on the freeway.

Tesla said the autopilot has limitations, that it may not always brake or steer as expected, and that it requires the constant oversight of an attentive driver at all times.

Both videos serves as a tragic reminder that drivers need to pay attention at all time and be ready to take over when using Autopilot.

To be fair, the markings are quite bad and makes it look like a lane even to a human at some point.

Tesla also needs to work on this particular scenario since it was recreated at two different locations in very similar circumstances.

20 Things You Observe While Commuting In Lagos

13 Things To Know About The Niger Bridge