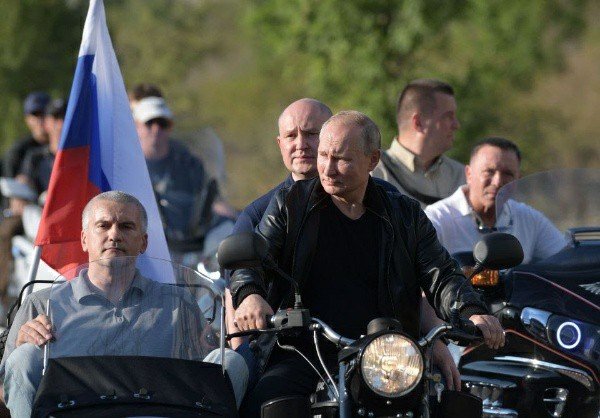 But this time, the former  KGB agent didn’t go with his famous official state car, the armoured Aurus Senat Limo, nicknamed the “Bunker-On-Wheels“. 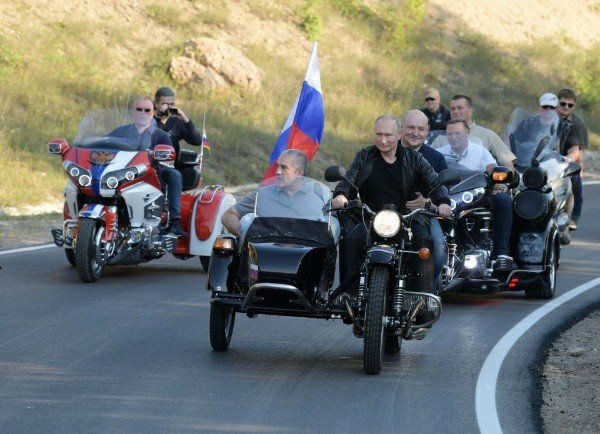 The leather-clad special guest of honour arrived at the event atop a Legendary Ural Motorcycle alongside the leader of the nationalist motorcycle group Aleksander Zaldostanov, better known as ‘The Surgeon‘. 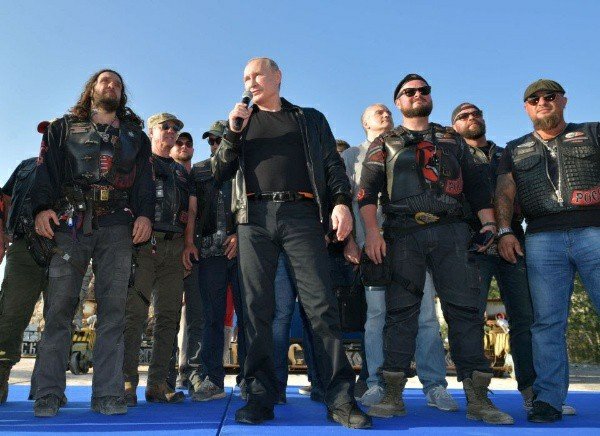 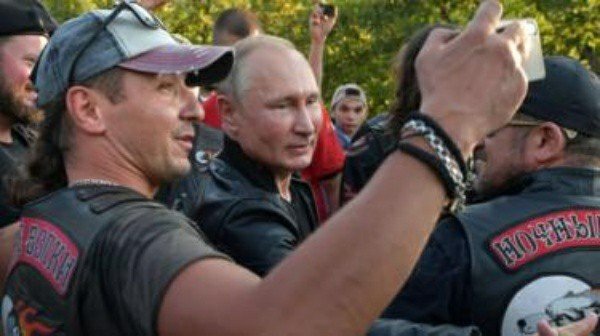 The Night Wolves are right-wing nationalist bikers’ group close to President Putin. The group, who receives significant funding from the Russian government, are staunch supporters of Russia’s annexation of Crimea.

Speaking to a crowd of motorcycle fans in Sevastopol, Putin complimented the Night Wolves for setting a great example to the country’s youth.