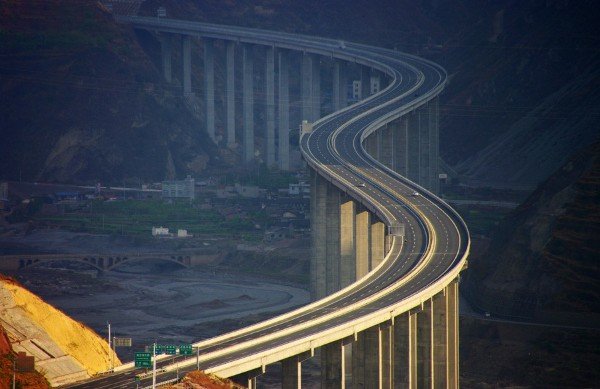 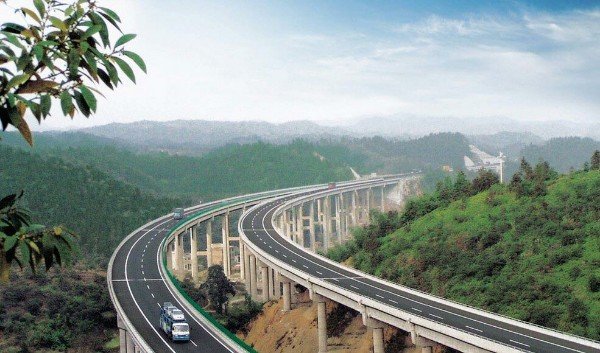 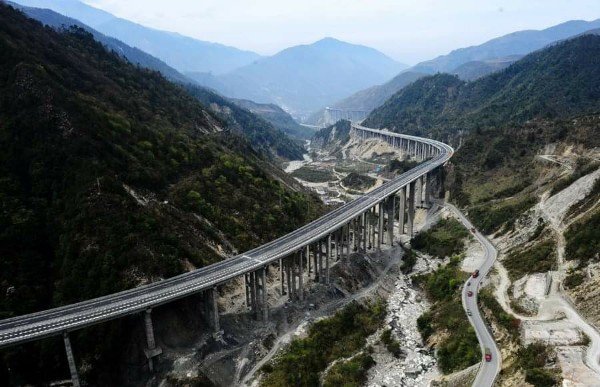 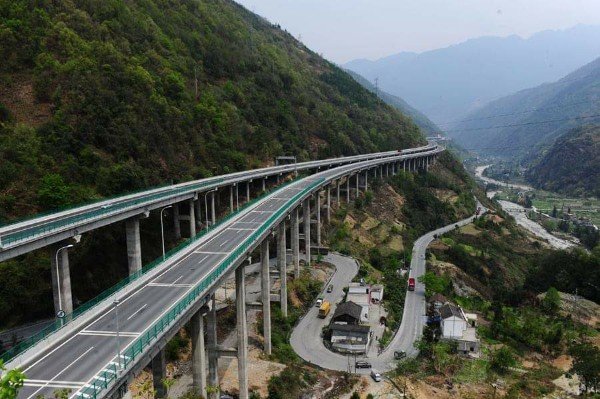 The Yaxi Expressway, a section of the Beijing-Kunming highway, is a 240-kilometer (149-mile), ladderlike and snakelike road that reaches for the sky.What makes it unique is that with each kilometer, the roadway ascends by 7.5 meters.

The $4.14 b (or ₦1.5trillion) bridge was officially opened to motorists in April 2012 after five years of construction. It features 270 viaducts and 25 tunnels ( total length of the 25 tunnels along the road is about 41 kilometers) and runs from Ya’an to Xichang, Sichuan province. 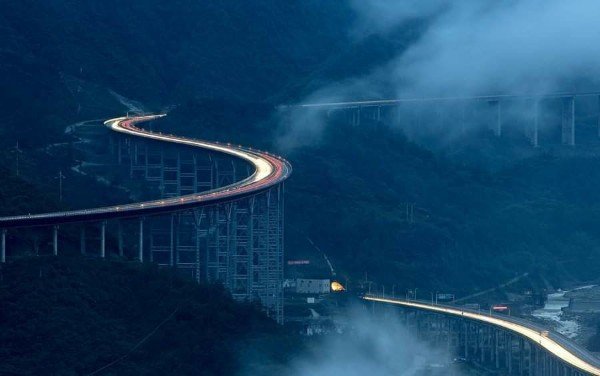 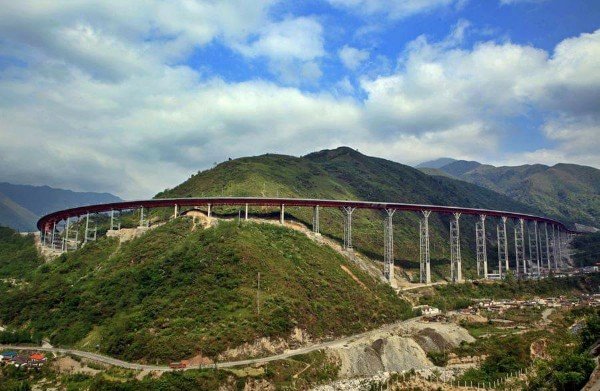 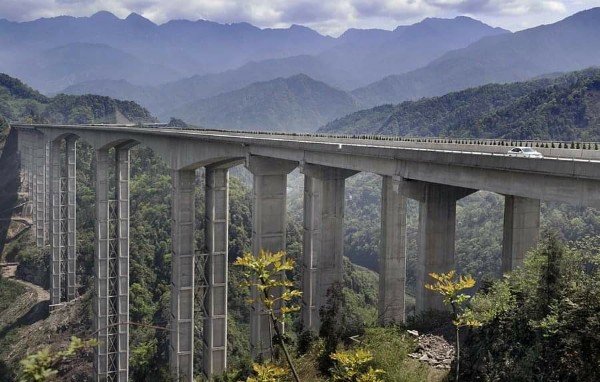 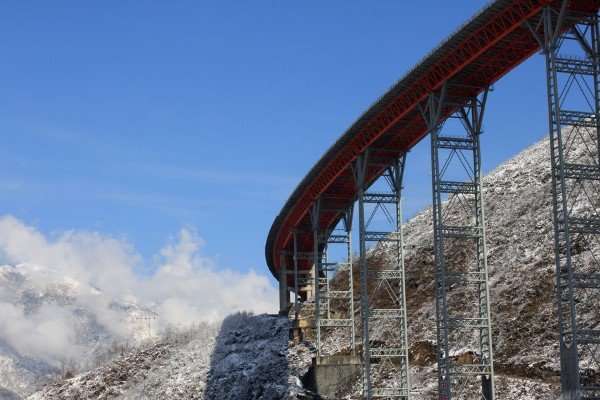 More than half of the expressway are tunnels and viaducts through mountains. During the five-year project, construction engineers and workers had to overcome geological hazards such as gas, water spouting, faults and rocks bursting. 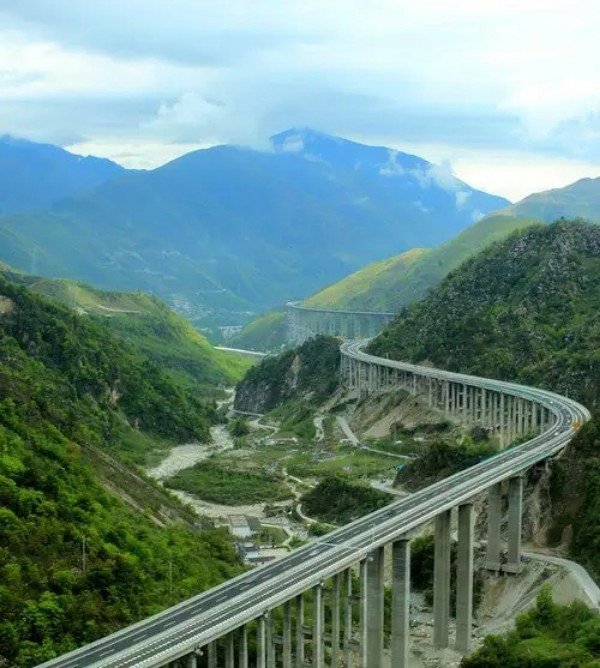 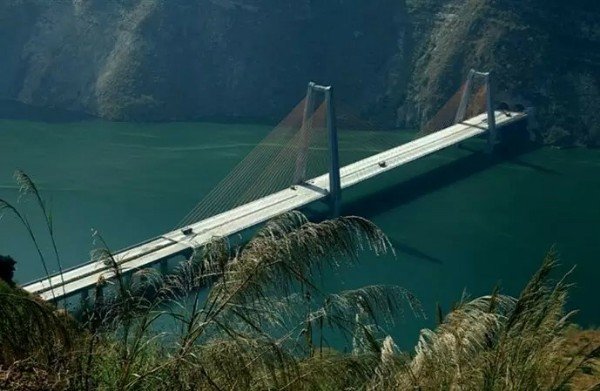 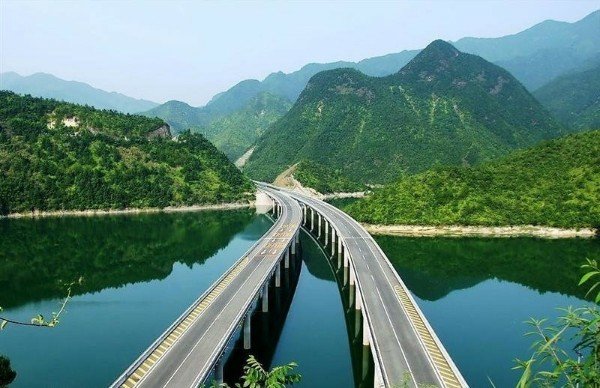 The expressway was designed to minimize impact on the environment while the spiral tunnels were used to reduce the effect on mountains.

It has become a tourist attraction, even to automakers like Jaguar , who took its XJ limousine to the spectacular road to find out how innovation in road technology and design is helping to match the improving ride of modern luxury cars.