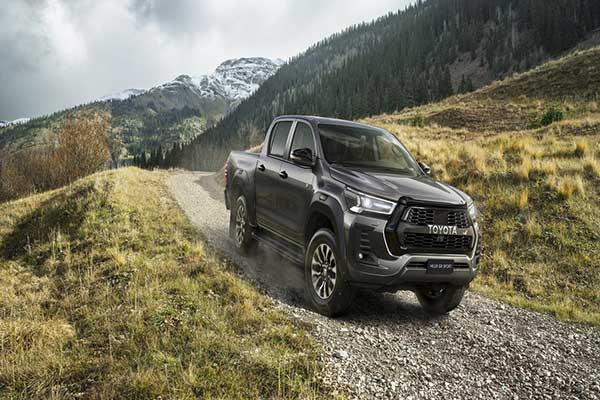 Toyota Europe has just announced the Hilux GR Sport, the new flagship variant of the pickup inspired by its Dakar Rally counterpart, featuring design and suspension upgrades. Notably, the EU-spec Hilux GR Sport is different from the JDM-spec model bearing the same name, and from the Hilux Revo GR Sport unveiled last year in Thailand.

In the looks department, the GR Sport variant of the 2022 Hilux features a new black grille, with G-pattern mesh and prominent central horizontal bar, decorated by the ‘Toyota’ lettering. The front fog lamp surrounds are bigger, and the black theme can be seen on the side mirror casings, tailgate handle, over-fenders, and side steps. Discreet ‘GR Sport’ badging is on deck too, and the new shocks and springs have a red finish. The pickup sits on 17-inch alloys, wrapped in all-terrain tires. Toyota says that the GR Sport consequently handles and steers better than the standard Hilux.

Inside, Toyota added a pair of GR Sport-branded sports seats upholstered in black leather and synthetic suede featuring red perforations and stitching. The GR Sport emblem is also present on the carpet, the start-stop button, and as a welcoming graphic on the screen. Last but not least there are faux carbon fibre inserts, aluminium sports pedals, a red line on the dashboard, and – weirdly- blue illumination on the door panels.

Under the bonnet, there is the same 2.8-litre turbodiesel four-cylinder engine rated at 204 horsepower and 369 pound-feet of torque; it’s an engine that was added to the line-up in 2020. Permanent four-wheel-drive comes standard and it’s mated to a six-speed automatic transmission with paddle shifters and a standard automatic limited-slip differential.

The EU-Spec Toyota Hilux GR Sport is expected to reach European dealers in summer 2022. Pricing will be announced closer to the launch. 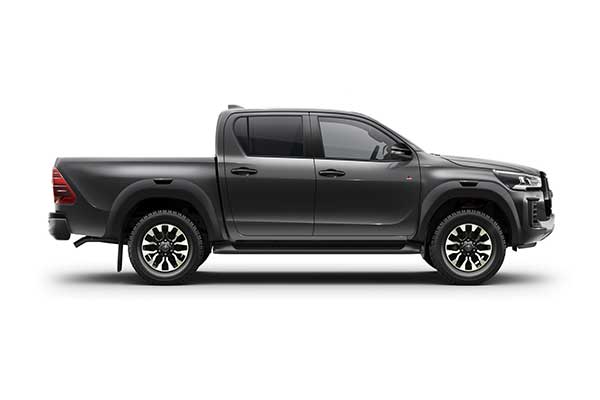 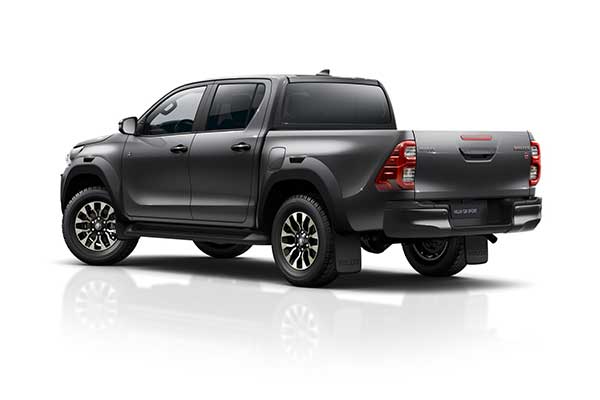 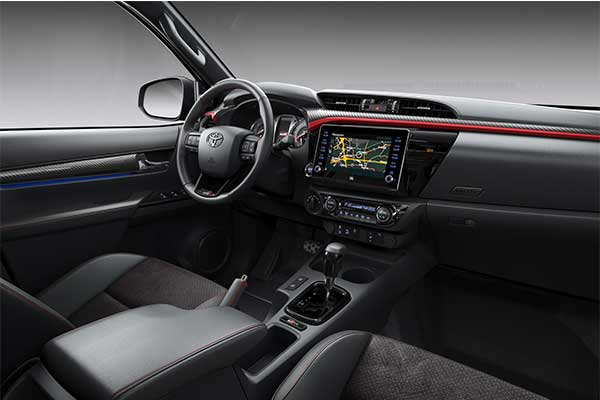 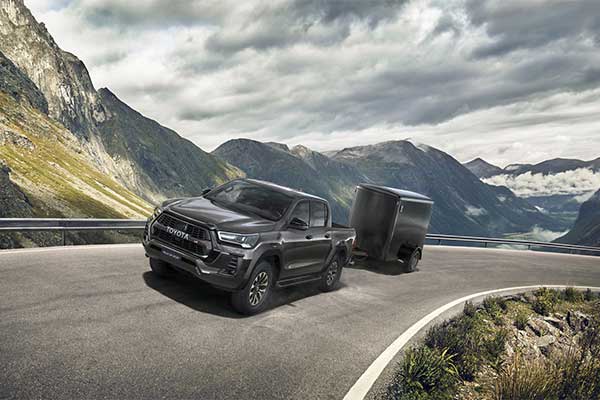 VW ID. Buzz Electric Minivan Has Been Scheduled For Release In Spring 2022