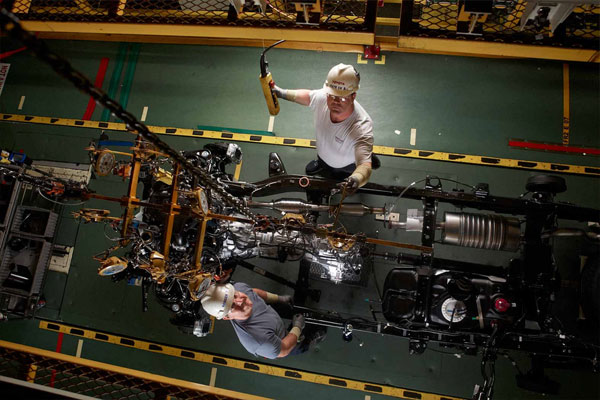 Toyota is cutting down on its global vehicle production.  Instead of building 900,000 vehicles in September, Toyota said this week it will make around 540,000.

This will be Toyota’s first massive drop, which so far has been weathering the pandemic storm relatively well.

In North America, production in August and September will drop by up to 170,000 vehicles.

There is one North American plant that will keep running at full steam, and that’s the one that will build the new Tundra, which is finally being updated with a new generation after well over a decade.

The company has blamed a ‘parts shortage’ resulting from the ongoing covid-19 pandemic for the wide-ranging shutdowns. This is thought to be shorthand for the ongoing global microchip shortage that has affected global supply chains for not just the automotive industry, but also home computers, mobile devices and beyond.

14 of Toyota’s Japanese factories will close down on certain working days over the next few weeks. Customers hoping to buy cars sold internationally under the Toyota and Lexus brands will feel the impact, including those looking at models such as the GR Yaris, the standard Yaris, RAV4, Corolla, Prius, C-HR and the all-electric Lexus UX300e. Production of low-volume luxury models like the Lexus LC and Toyota Century will be suspended entirely for the month of September.

The world’s biggest carmaker would typically expect to produce around 900,000 cars during the time of shutdown, but has revised that figure to 540,000, according to reports.

But the firm anticipates potential bottlenecks at European production facilities in France (Yaris and Yaris Cross production line), the Czech Republic (Yaris and Aygo) and Turkey (Corolla and C-HR).


Related Topics:toyotaToyota Tacoma
Up Next

Car Crashes Into A Bungalow, Driver Cut From The Car