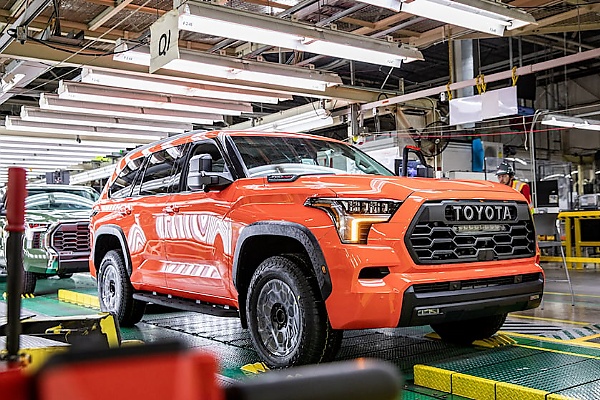 New Sequoia benefits from a $391 million investment Toyota made at the Texas facility in 2019.

2023 Sequoia will be available in SR5, Limited, Platinum, TRD Pro and the range-topping Capstone Luxury Grade.

When it hits dealerships next month, the redesigned Sequoia is sure to stand tall in the large-size SUV segment. 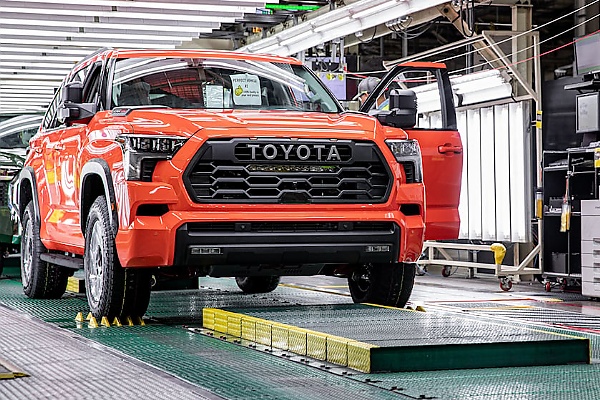 Toyota Motor Manufacturing has announced that the all-new, all-hybrid Toyota Sequoia SUV has officially entered production at its highly advanced manufacturing plant in Texas in the United States.

The third-generation Toyota Sequoia benefits from a $391 million investment that Toyota made at the Texas facility in 2019, which paved the way for the all-new Tundra Pickup Truck and Sequoia SUV to be built exclusively in Texas. 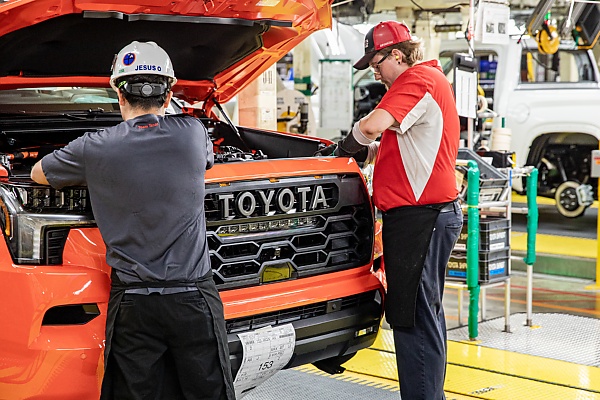 The Sequoia starts a new chapter of advanced manufacturing at Toyota Texas, where the team incorporated new manufacturing techniques, such as innovative laser welding technology and a modified production process.

“The third-generation Sequoia marks a new era of electrified vehicles that will help move us closer to carbon neutrality while delivering on and exceeding customer expectations for this iconic SUV,” said Kevin Voelkel, president of Toyota Texas.

“Our team members are beyond proud to add the Sequoia to our Texas-built production line-up and take on new challenges as we deliver vehicles that customers love and fit their lifestyles.” 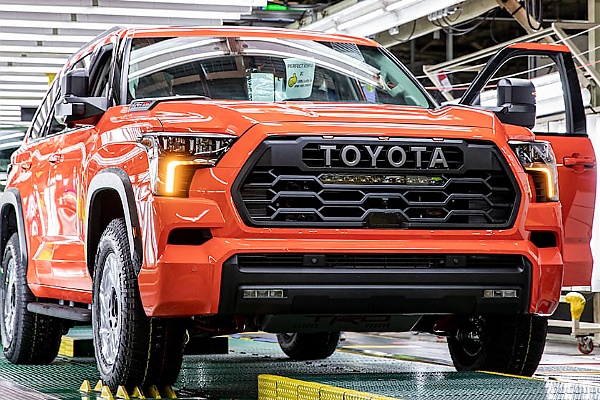 The 2023 Sequoia will be available in five grades, including the SR5, Limited, Platinum, TRD Pro and the range-topping new-to-Sequoia Capstone Luxury Grade. TRD Pro model will be offered only in 4WD.

All Sequoias are powered by a hybrid powertrain – a twin-turbocharged 3.4-liter V-6 engine paired with an electric motor, with the only choice being rear- or four-wheel drive. 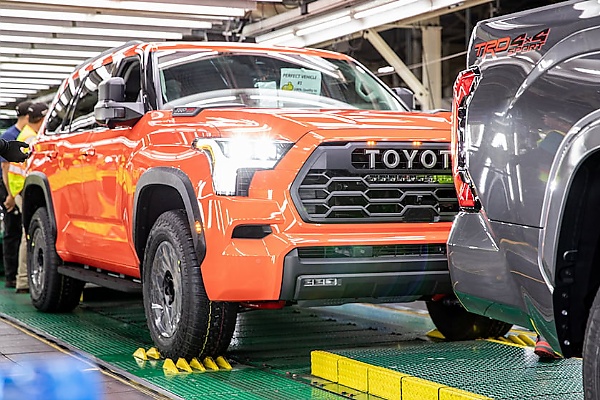 This exceptional hybrid in the new Sequoia is already offered on the all-new Toyota Tundra Pickup Truck and it produces 437 horsepower and 583 lb.-ft. of torque.

When it hits dealerships next month, the completely redesigned Toyota Sequoia three-row luxury truck is sure to stand tall in the large-size SUV segment.

BRABUS P 900 Rocket Edition “One of Ten” Arrives, A Luxury Pickup Based On Mercedes-AMG G63 SUV

Today’s Photos : The Venzayga Is A Toyota Venza Disguised As Bentley Bentayga SUV – What Do You Think?