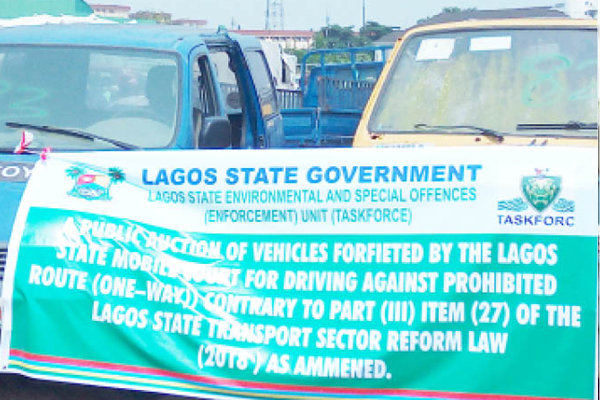 In what looked like a nightmare, traffic offenders whose vehicles were confiscated and forfeited to government on Wednesday watched their vehicle being auctioned to the general public. Government auction

According to the Lagos Traffic Reform Law, driving in a direction prohibited by the law or neglect of traffic directions attracts forfeiture of vehicle to the state while offender may possibly go to prison in addition to the forfeiture. Traffic Offenders

The Lagos State Environmental and Special Offences Unit (Taskforce) had on January 18, 2021 secured a court order. The order authorized it to publicly auction 88 vehicles impounded by the Agency. The vehicles were impounded for contravening the ‘One-Way Traffic Law’. They were and forfeited to the government by an order of a Lagos State Mobile Court.

The vehicles were forfeited by the Lagos State Mobile Court for driving against prohibited route (one-way). This is contrary to Part (III) Item (27) of the Lagos State Transport Sector Reform Law (2018) as amended. Traffic Offenders

This is the second time in two months, the Lagos State government is auctioning vehicles confiscated from traffic offenders. In November 2020, 44 confiscated and forfeited vehicles were auctioned to the public; totalling 132. 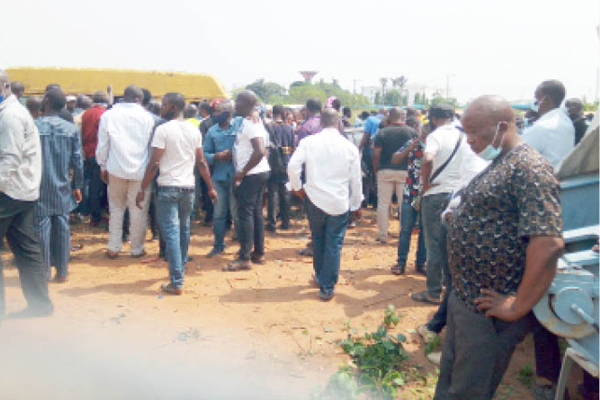 At the first auctioning exercise, most people who forfeited their vehicles attended with the intention of buying back their vehicles. However, many could not as other people bided higher. The vehicles were bought in their presence; leaving many in tears. Traffic Offenders

The Lagos State government made public the date and venue of the second auctioning. Thus, they invited the general public, particularly the vehicle owners to come buy their vehicles back if they are lucky not to have higher bidders.

Some people were lucky to buy their vehicles back in what appeared to be survival of the fittest. However, the vehicles end with the highest bidders. In the process, some of the vehicle owners lost their vehicles to people who bided higher. Traffic Offenders

At the auctioning ceremony, our reporter observed the presence of some money bags who were ready and willing to buy off as many vehicles as possible if allowed but they were stopped by the taskforce officials who noticed their actions.

A man who could not buy his vehicle back was seen in tears, expressing disappointment in government’s action, which he said was too harsh. He was also seen laying curse on whoever buys his vehicle but was unwilling to talk to the press.

All the bidders approached during the auctioning declined speaking to the press but some were observed during their side talks and discussions saying, “the process of auctioning was not transparent enough,” alleging that some individuals might have been planted among the bidders to bid higher in order to get their choice vehicles.

A bidder, who spoke on grounds of anonymity, also alleged that some of the vehicles auctioned do not have good engine or gear box. A middle-aged man who gave his name as Akeem quietly told our reporter that he feels cheated as he was unable to buy his car back, saying, the prices bided was deliberately too high. Traffic Offenders

Some vehicles like the yellow danfo buses were sold for as low as N150,000. Others went for N1million and above. On how it went, the auctioneer stood by the vehicle and rang hand bells intermittently. This was as he announced the prices of vehicle starting from N100,000. He then and raised it as bidders bellowed their interest to have the vehicles. Traffic Offenders 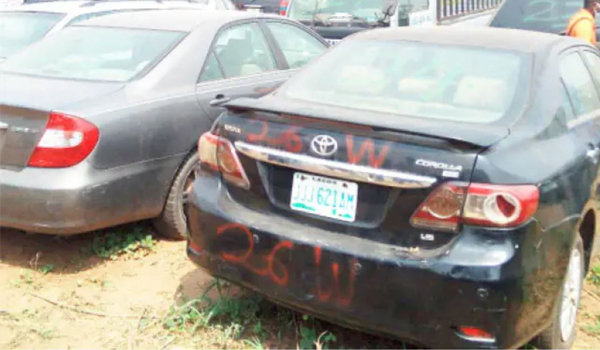