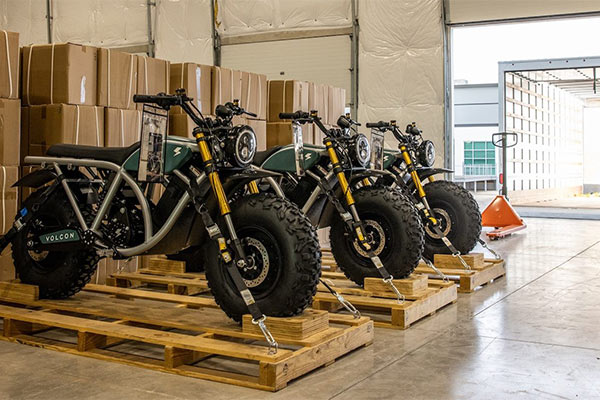 Since its introduction of the Grunt to the public in 2020, dealership requests have flooded in from all over the world,

Volcon will begin to ship its first electric motorcycle model as fast as it can produce them in its Texas factory. But soon the company will have a dealership network that should make it even easier for prospective riders to test out and ride off with their own Grunt electric motorcycle.

While the dealership is designed to cover the continental United States, Volcon also plans to establish an international dealer network as well. Plans are already in the works in several South American countries.

“Since we first introduced the Grunt to the public in 2020, dealership requests have flooded in from all over the world, receiving over 200 inquiries in just the US alone and more than 50 internationally. We’ve already begun early discussions with established powersports dealers and it has been very rewarding to hear that they already know about the Volcon brand and have been following our progress since the beginning. It’s confirmation that we are in the right place at the right time with the right products!”

This all comes as good news to Volcon’s investors, who have helped buoy the company’s stock after its Nasdaq IPO last month under the symbol VLCN.

Back in early October, the company’s IPO priced shares at $5.50, with the price jumping to $9.01 at the start of trading. Pricing fluctuated throughout the first day, ultimately closing with VLCN at $10.86, marking a 97% increase.

The stock has climbed even higher in the month since, closing at $15.09 yesterday.

Volcon hopes to capitalize on its success with a string of future products. In addition to its Grunt off-road electric motorcycle, a smaller model known as the Runt will be rolling out for teenagers and smaller riders.

On the other end of the spectrum, Volcon has two four-wheeled electric UTVs in the works.