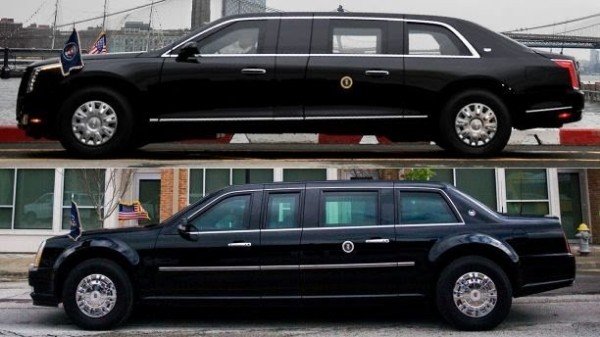 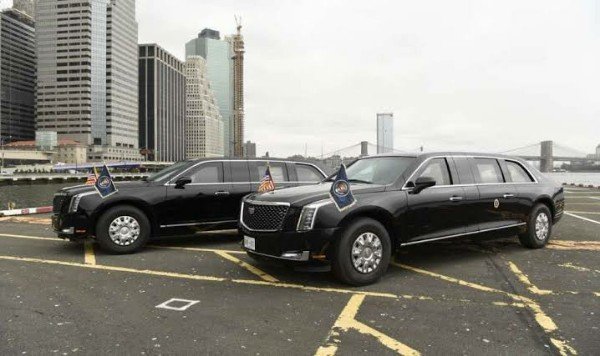 First unveiled five months ago during the U.N General Assembly in New York City, the all-new Cadillac-based limousines are part of a fleet of 12 that will be built for Trump at a cost around $16 million – that’s about $1.3m or roughly ₦469m per Beast Limo 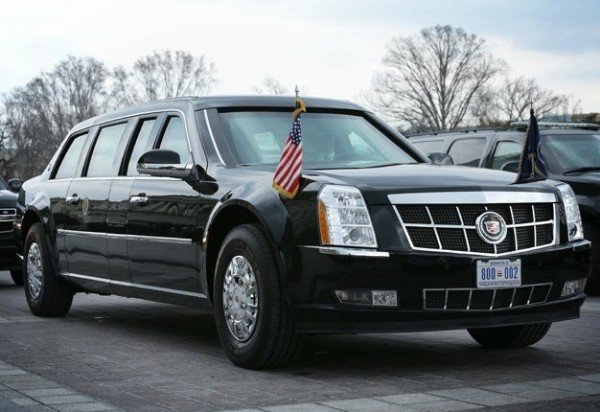 From outside, the new Limo looks more attractive and luxurious than the previous model that went into service in 2009 during Obama’s inauguration. It now features a better road clearance to avoid another embarrassing obstacle like “The Old Version did” when it got stuck on a ramp during former President Barack Obama’s visit to Dublin in 2011.

The new limo also shares the same headlights with Cadillac Escalade SUV, and the new grille appears to be borrowed from the 2016 Cadillac Escala concept. 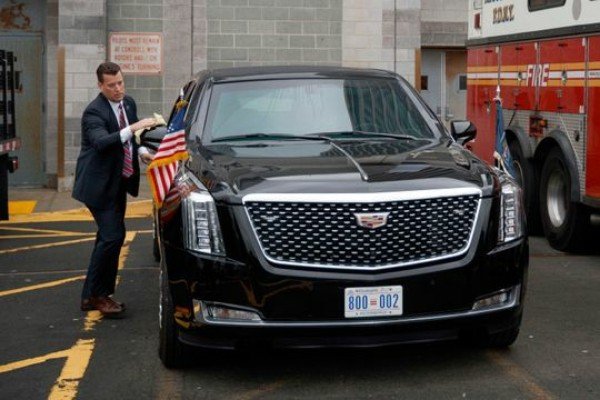 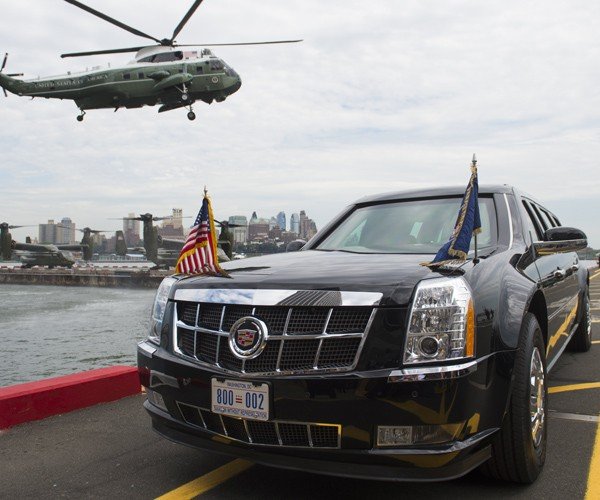 As is the case with previous Limos, the full capabilities of the new versions are (of course) a secret. The little we know is that the bullet- and explosion proof mobile bunker has Kevlar tyres to keep it running when punctured and a supply of US President’s blood type in case he gets injured.

It also features a completely sealed interior to ward off a chemical attack, has doors as heavy as those of a Boeing 757 aircraft and weighs about 15,000 to 20,000 pounds (6,800 to 9,100kg) – which is about six times the weight of 2014 Toyota Camry sedan. Click here to read more about the Beasts Limo.