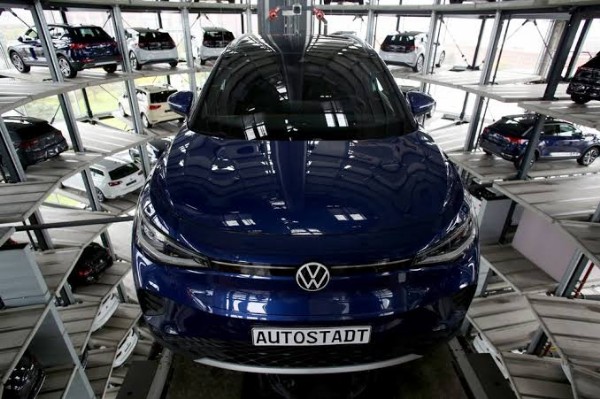 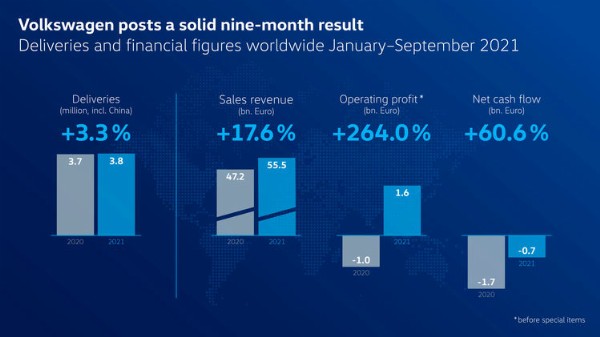 Volkswagen says it delivered around 3.8 million vehicles to customers worldwide in the first nine months of 2021, an increase of +3.3%, compared with the prior-year period.

From January to September end, sales revenue grew to EUR 55.5 billion (+18%) and the operating profit increased by EUR 2.6 billion year on year to EUR 1.6 billion (operating return on sales: +2.9%).

As expected, the third quarter was impacted by the difficult semiconductor situation, where the operating profit was EUR -184 million. During this period, Volkswagen delivered around 1.1 million (-26%) vehicles to customers worldwide.

The demand for Volkswagen vehicles remains strong and orders reached a historically high level in the third quarter. 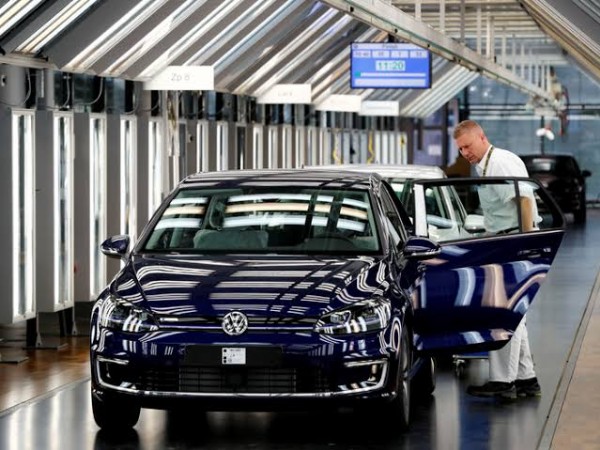 “We currently have orders for almost half a million cars from Europe alone.” 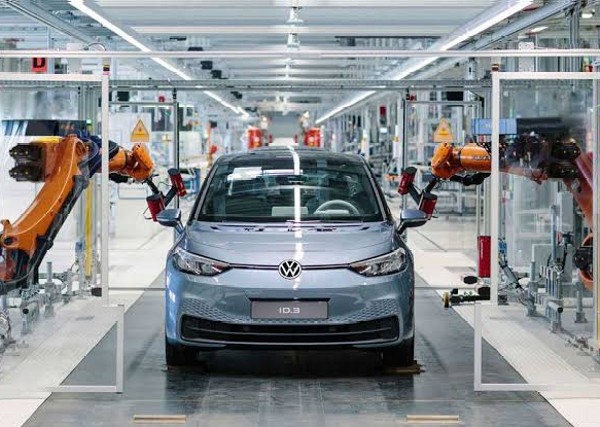 “Despite massive challenges, our performance in the first nine months of 2021 improved on the prior-year period.

Due to enormous production losses, it was not possible to mitigate the impact of the semiconductor shortage in Q3. We anticipate a significantly positive Q4 performance compared with Q3.”