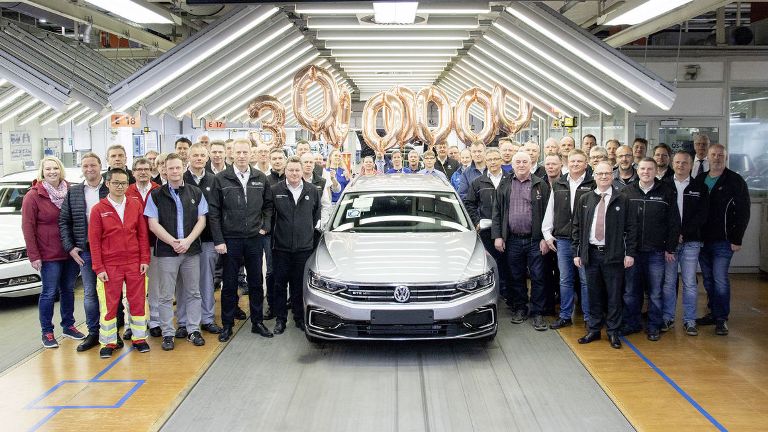 On April 3, the Passat broke the 30-million-model mark for production in the Volkswagen plant at Emden, with the result that the bestseller set a new record in its segment: no other mid-range model and no other business vehicle globally has been sold more often than the Passat.

The 30,000,000th vehicle – a Passat GTE Variant with a plug-in hybrid drive and a Pyrite Silver Metallic exterior – is already one of the first models in a new evolutionary stage to feature an extensive technical update (European presales will begin in May).

The 30 millionth Passat will be used as a press and test vehicle for the international media over the coming months.

Ralf Brandstätter, Chief Operating Officer (COO) of Volkswagen: “The Passat is one of Volkswagen’s most important and most successful cars – since its launch 46 years ago, 30 million customers have had confidence in this Volkswagen vehicle. As a result, the Passat has become one of the world’s greats; a car which today is as much at home in Beijing as it is in Berlin, Sydney, Johannesburg or on the streets of San Francisco. At Volkswagen we are proud of this successful model, which is still the benchmark within its class today.”

Dr. Andreas Tostmann, Member of the Board of Management responsible for Production for the Volkswagen brand: “We currently produce the Passat on three continents in 10 plants for over 100 markets. That makes the Passat a true global bestseller.”

Volkswagen offers the Passat in various independent versions, depending on the continent.