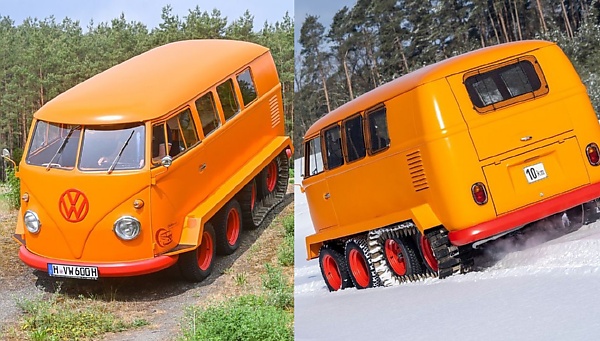 This 4-axle half-track 1962 Volkswagen T1 bus built for alpine duty is one of the coolest van of all time.

It was designed to be used in his country’s mountainous terrain. He spent 4-years building his mountain climber. 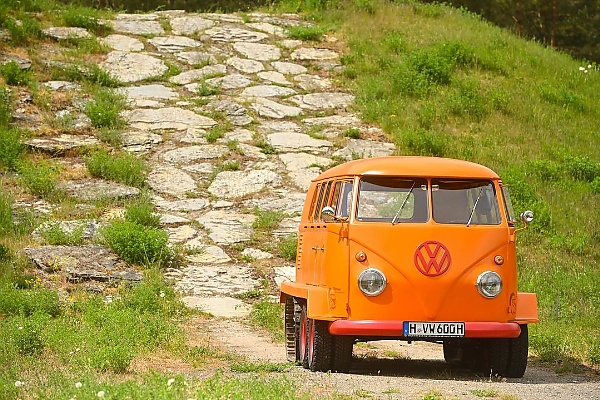 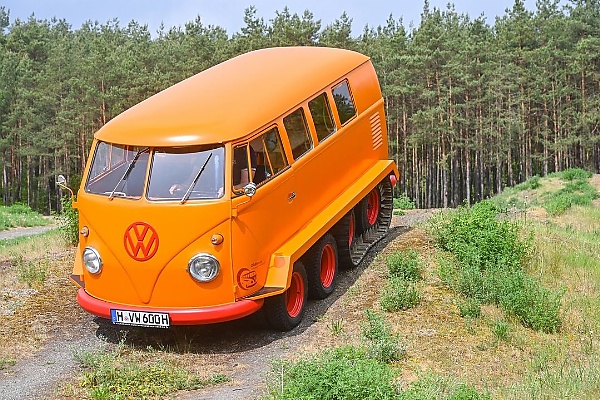 Volkswagen’s Commercial Vehicle Division VWCV Classic Vehicles has fully restored the “Half-Track Fox”, four years after it began restoring the unique van that is based on the 1962 Volkswagen Type 2 T1.

The “Half-Track Fox” was built 60 years ago by Kurt Ketzner, an ingenious Viennese Volkswagen mechanic, who designed the van to be used in his country’s mountainous terrain. 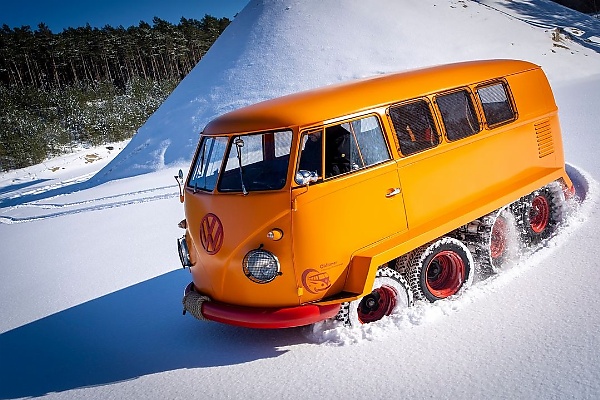 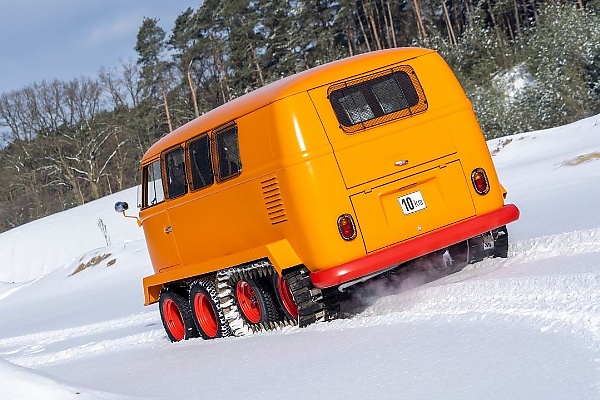 “At first, I had a look around, but couldn’t find the vehicle i was dreaming of. So, i decided to build it myself,” wrote Ketzner in marketing materials from the era.

Kretzner spent four years designing and building his Volkswagen T1 microbus-based mountain climber. He converted his T1 into a van with 4 axles, consisting of two set of tyres at the front – to steer the vehicle – and a pair of chain-driven tracks at the back. 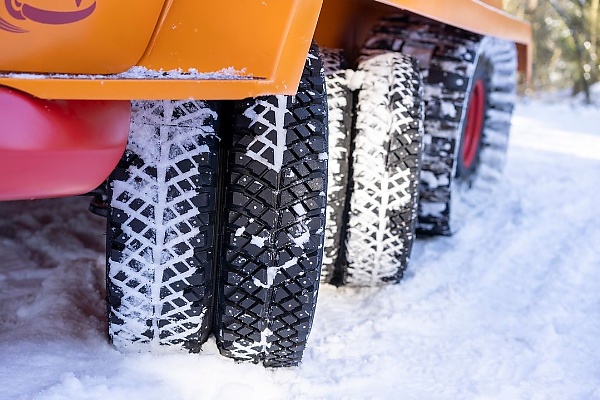 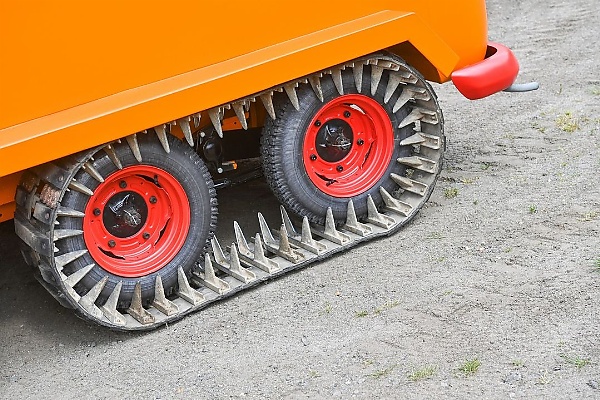 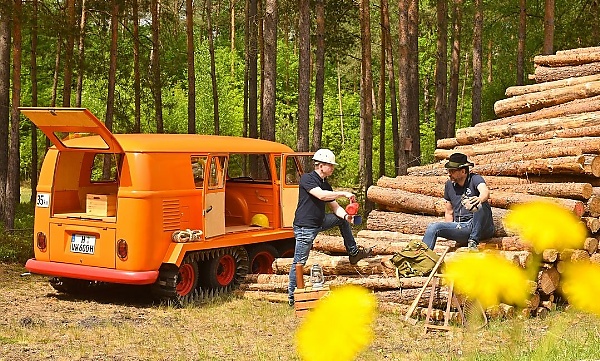 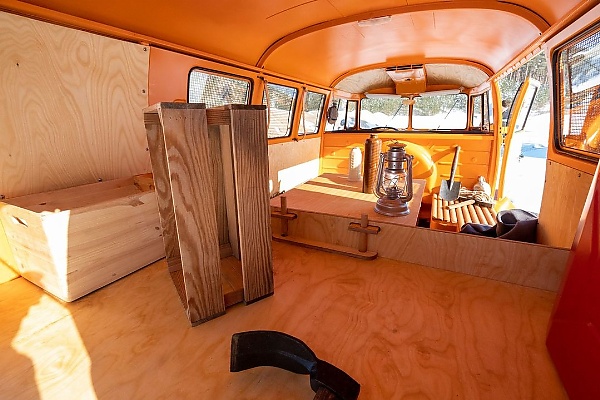 “And thus, he created what is probably the most off-road-capable Bulli ever to be seen on the mountain slopes of this world,” Volkswagen shares.

“An ideal helper for everyone : mountain hut keepers, hunters, foresters, doctors, maintenance engineers for ski-lifts, TV and radio masts, pipelines and the like,” Kretzner later wrote in the sales literature for the Half-track Fox. 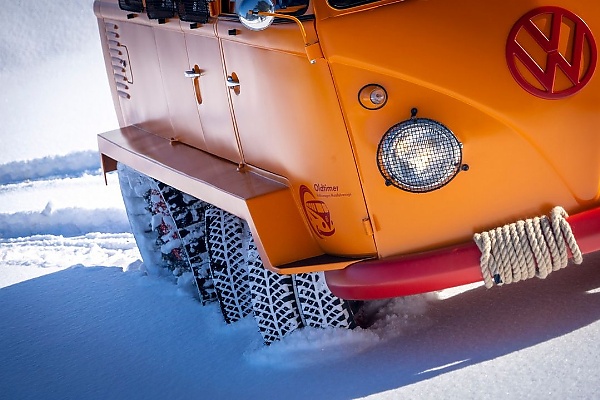 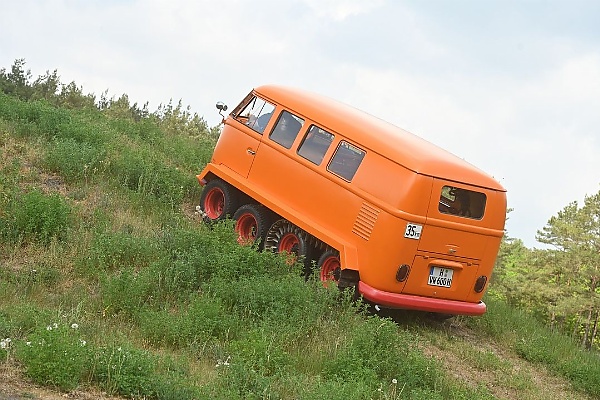 The restored Volkswagen Half-Track Fox maintained the standard T1 engine of the time – a 1.2L flat-four that churns out just 33 horsepower.

“The Half-track Fox reached a top speed of 35 km/h [21mph] and was thus only slightly slower than the animal kingdom member from which it got its name.”

‘They Want To Kill A Superstar’, Portable Says After Surviving A Car Crash, The Second In 2-months