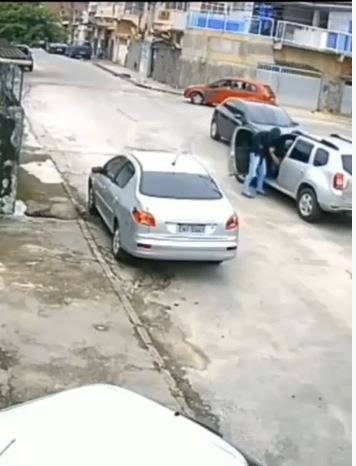 In the video, car thieves arrived at a scene in a car. One of the occupants comes down to intercept a car at gunpoint.

He dislodges the car owner and enters the car in order to drive it away.

Sadly, several attempts to drive away the car failed. It was a manual shift stick – or manual transmission car. The carjackers did not know how to drive a shift stick.

So, in case you needed another reason to buy a car with a manual transmission, this is one.

In a  manual transmission vehicle, the driver literally uses a stick to change gears.

It is a type of transmission used in motor vehicle applications. It uses a driver-operated clutch, usually engaged and disengaged by a foot pedal or hand lever, for regulating torque transfer from the engine to the transmission; and a gear selector that can be operated by hands.

A conventional 5- or 6-speed manual transmission is often the standard equipment in a modern base model vehicle. With 5- speed being common on lower-end vehicles and commercial vehicles.

Higher-end vehicles, such as sports cars and luxury cars are often usually equipped with a 6-speed transmission for the base model.

Related Topics:failed-car-robberymanual transmission
Up Next

The 15 Ranks Of Nigeria Police Force