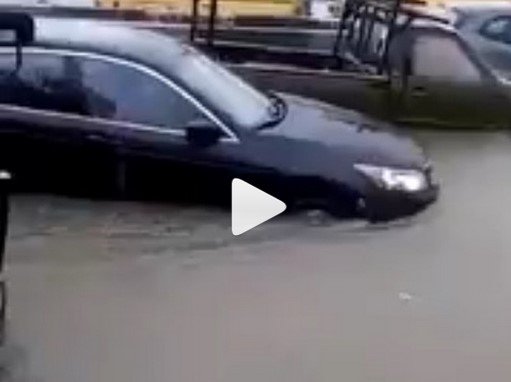 First of all, that Honda Accord you saw being pushed won’t remain the same after the flood.

This flood caused by heavy rain happened on the link bridge between Ojota and Maryland, Lagos. A lot of vehicles were seen trapped at the middle of the road.

Lmao here’s a longer video of the water on Eko bridge moving some cars pic.twitter.com/QymkpcAMo2

It wasn’t even safe for pedestrians either.

Watch Driver Use Trumpet In Place Of His Dysfunctional Car Horn