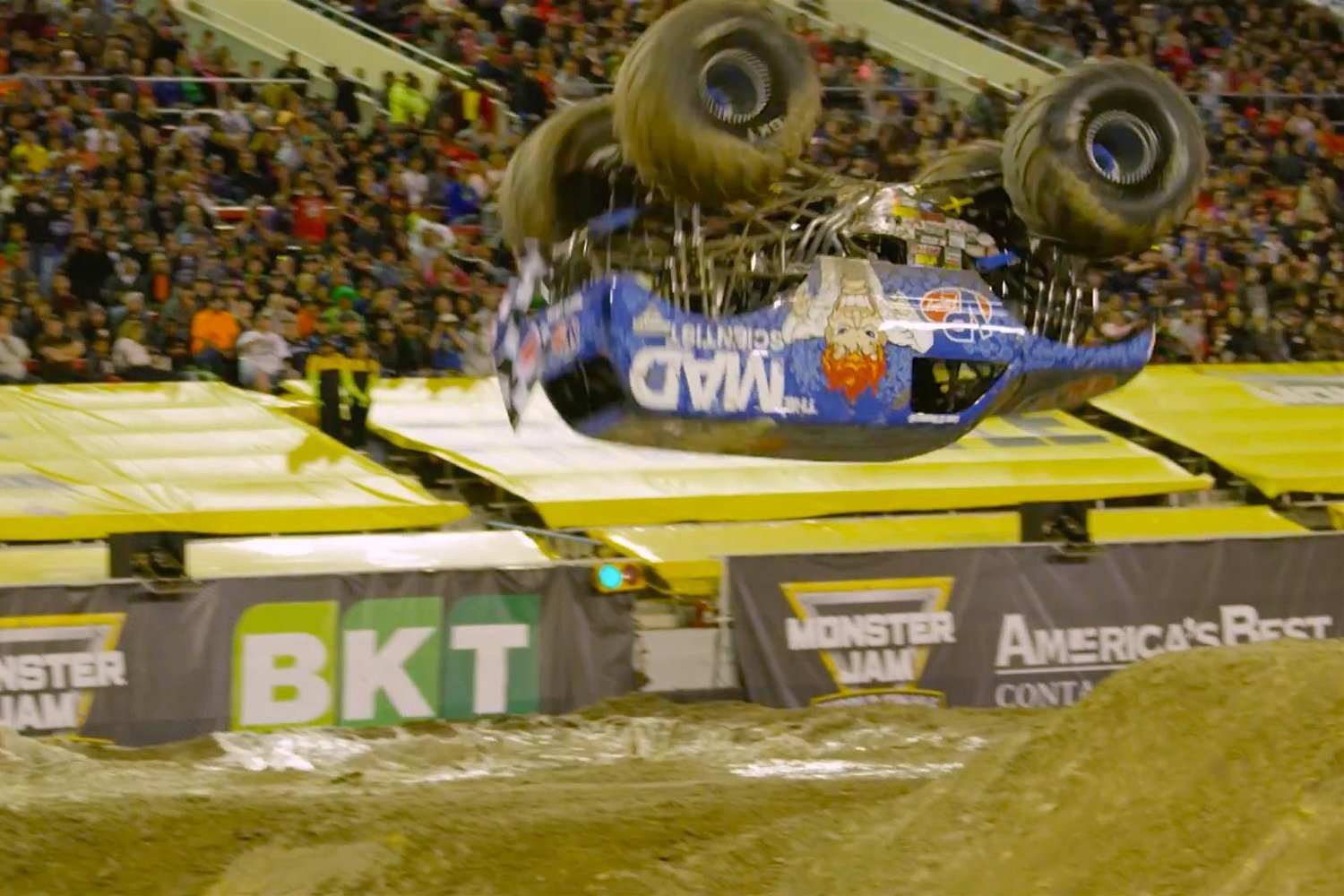 The Monster Jam World Finals is an annual monster truck event held in Las Vegas where winners in racing and freestyle competitions are crowned the World Champion.

This short clips shows one of the drivers,Lee O’Donnell ,doing the first ever front flip in the competition . While driving his monster truck named the Mad Scientist on its back two wheels, he hit a jump that propelled the truck in a forward flipping motion.

He then followed it up with a backflip where he unsuccessfully landed the truck on its roof. He was awarded the MJWF XVIII Freestyle Title for this amazing feats ,which happens to be the worlds first ever monster truck front flip at the monster jam world finals.