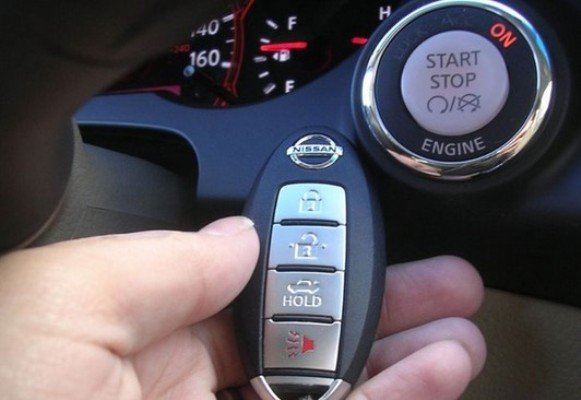 This discussion was raised up in one of my favourite car pages on Instagram (@supercarsofnigeria) and a lot of people answered with their own side of story.

Below is the exact question

If I leave a car on with keyless ignition, will it eventually turn off by itself if I’ve walked away with the key?

We will bring to you the various answers to this question in a numbered form.
The answer from Mr I really cracked me up.

1. Mr A:
Nope it wont only thing is when you switch the car back on it wont come on.Tried it before with a lexsus gx470 amd an sclass once

wont go off oo, the doors wont even lock. Happened to me very well

3. Mr C:
It depends on the car. My car will go off ( not totally off, more like hibernation mode) if I am not within its range for about 10 minutes, and it automatically turn on when I get closer.

5. Mr E:
It depends on the brand..but it won’t move without the key

6. Mr F:
Tried once (on my 013 highlander)… Nothing ever happened except that little light kept flashing. I probably could’ve driven until I ran out of fuel (or something) as long as I never turned the engine off.

8. Mr H:
I have driven a push to start car without the key for more than 50 miles. I turned off the car and only found out the key was not with me when i wanted to turn it on again. I had to let my driver bring me the key from the house before i could go home. I think this may depend on the type of car anyway.

If u like waka go Kaduna…..it will only show the smart key out of range alert…

10. Mr J:
Mine as soon as you go out of the car, a loud alarm would sound and once the key is out of reach it will display no key on the screen, if you decide to move it, it will not move an inch and wouldn’t go off either. The No key signal will continue to display.

11. Mr K:
It won’t, only when you turn off the engine and when starting it would say “key not detected”. So long as the engine is on if you like throw the key away everything would be fine, just don’t turn the engine off..

12. Mr L:
Toyota highlander, venza amongst many others will run till the battery dies.

9 Cars Pictured With Most Stickers On Them