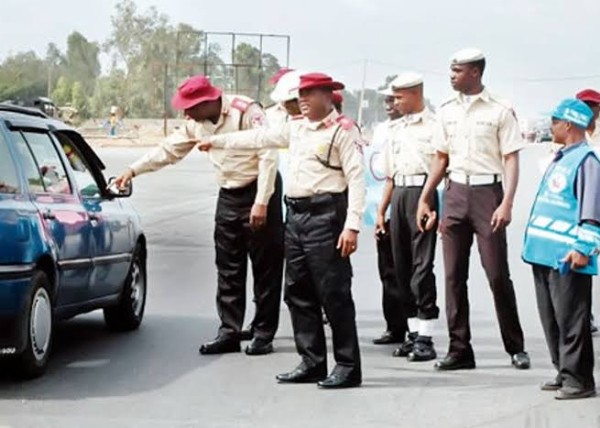 To help save lives during the yuletide and to ensure safe travels at all times, the Federal Road Safety Corps (FRSC) says it has mobilized over 30,000 Operatives for its Special Patrol tagged ‘Operation Zero Tolerance to Road Traffic Crashes’.

The Corps also announced the setting up of 15 traffic control camps, 27 Help areas, and 46 Ambulance points, along critical routes of Nigeria to complement Operational and Public Education efforts.

While disclosing this in a statement in Abuja on Tuesday, the Corps Education Officer, Bisi Kazeem, said the routes that will be covered are : Akwanga-Lafiya-Makurdi, Jos-Bauchi-Gombe, Sokoto-Tambuwal-Jega-Birnin Kebbi corridor and Katsina-Kano-Wudil-Dutse-Azare-Potiskum corridor.

In addition to the deployment of the above operational tools, and in the quest for improved service delivery and effective Patrol Operations, the Corps Marshal further invested in advanced Information and Communication Technology to beef up its operations.

The new technology which includes Body Cameras and Vehicle Cameras which have been fully deployed shall be used for Patrol Operations, Surveillance and Traffic monitoring, Rescue operations, and Real time information gathering for decision making.

While noting that the operation has already begun, the spokesperson revealed that it will be foreclosed on 15 January 2022. He highlighted the objectives of the operation as follows : Reduction of Road Traffic Crashes, fatalities and injuries; Ensure travelers comply with Covid19 Health Protection Regulations 2021; Prompt response to road crash victims; Removal of obstructions; Ensure free flow of traffic; engage in aggressive Public Education; and provision of travel advisories.

Additionally, Kazeem stated that the Corps Marshal who believes that a crash free celebration is possible has equally tasked all senior Officers in FRSC Academy, FRSC Training Schools, and those at the National Headquarters who were also deployed to different parts of the country to pick up the slacks to ensure the mandate of the Corps for safe travels is achieved.

In this regard, Oyeyemi directed that Mobile Courts sit throughout the Operation across the Nation and that all Commands must remain on alert after 15 January 2022 to have a near crash free 2022, where possible.