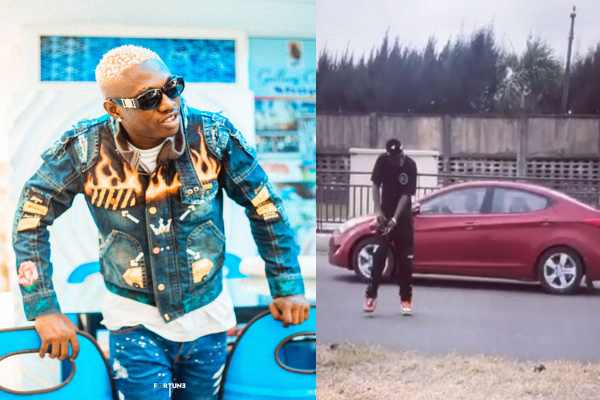 Popular Nigerian singer, Temidayo Omoniyi Raphael, professionally called Zlatan Ibile was spotted dancing on the streets of Lagos while jamming to a song.

In a video shared on his Instagram page, Zlatan Ibile had apparently stepped out of his car in the middle of a busy street when the traffic light had gone red to dance to the latest song ‘If no be you’ by Jamorpyper featuring Mayorkun.

The Zanku Records boss Zlatan who is also the singer of the popular song ” School Na Scam” was completely over the moon whilst jamming to the song being played in his car and could not have sat in the car but stepped out to dance to it.

Sharing the video, he wrote;

IF NO BE YOU WHO ELSE I GO ENTER EXPRESS 4

However, he quickly ran back to the driver’s seat and move away after the traffic light went green.