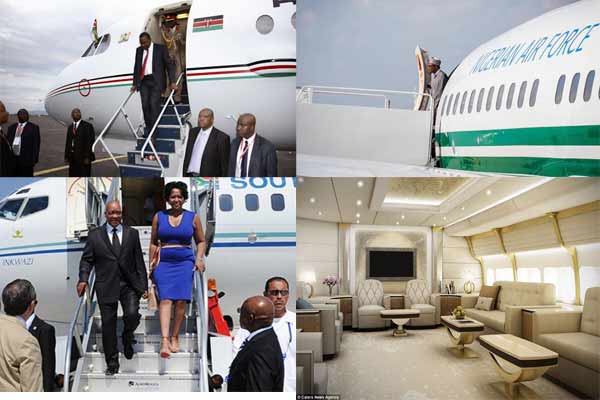 It’s no surprise that top world leaders and tycoons of the world travel by private jet and luxurious aircraft. Most of them have an entire fleet of aircraft at their disposal and the cost of the fleet may go as high as tens of millions of  dollars.

Here, we have put forward a list of ten of the most expensive aircrafts used by African leaders. 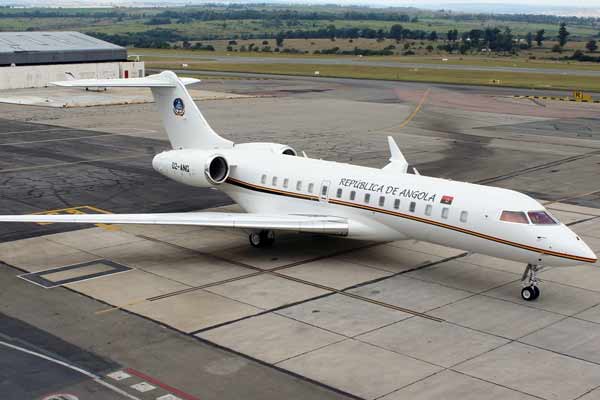 According to reports, this aircraft cost in the region of $16 million. It features a 2 x Rolls Royce engine that has a power of 7400 lbf. The plane has a maximum cruising speed of 834 km/h. In 2015, the Angolan president ordered a Bombardier inc Globa 6000 jet which reportedly costs about $60 million. 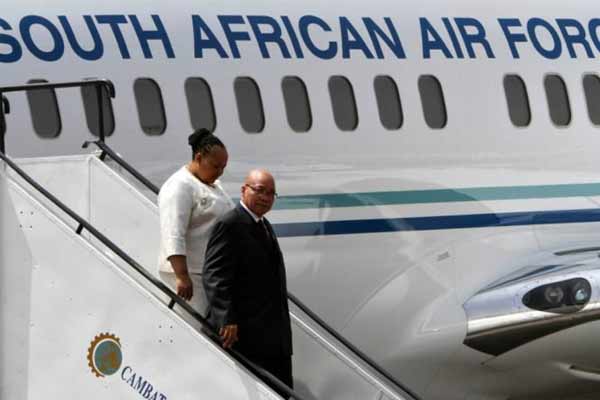 The South African president’s C130 aircraft offers superior performance with a wide range of flexibility for every theater of operations and requirements of the decorated leader. Although the plane is specifically meant for flying in harsh environments, South African authorities love it because as they say “It keeps the president ready for next mission and for whatever future holds”. 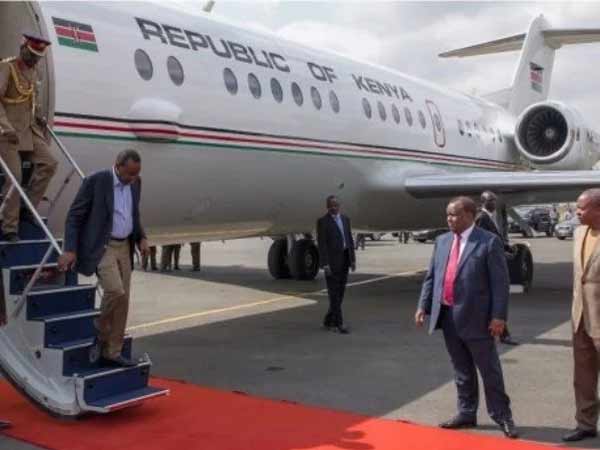 The president of Kenya Uhuru Kenyatta flies a customized Fokker 70. The aircraft has the capacity to seat just 25 passengers.

According to reports, the aircraft  was acquired back in 1995. This was just two years after its manufacture and costs about $20 million. This fuel-efficient jet boasts a cruising speed of up to 845 km/h. 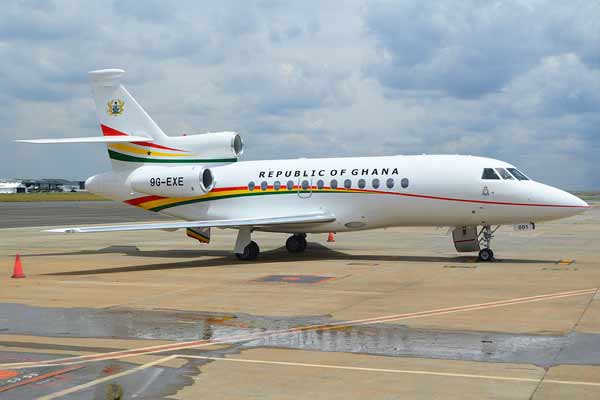 According to report, the presidential jet of Ghana was acquired in 2010 cost $37 million. This three-engine supersonic jet can stay airborne for 13 hours.

The 16-seater Falcon 900 EX EASY jet is used by the presidency and senior government officials on national and international assignments. Its cruising speed is 950 kilometres per hour and it can max out at 0.87 Mach speed. 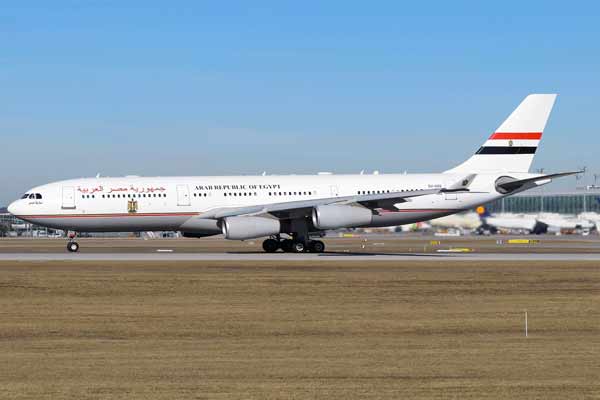 The Egyptian president flies an Airbus A340. The aircraft features military security protection to keep the president safe on air. The luxurious plane has a wingspan of 63.45 meters (over 200 feet) and is 75 meters long (around 246 feet). 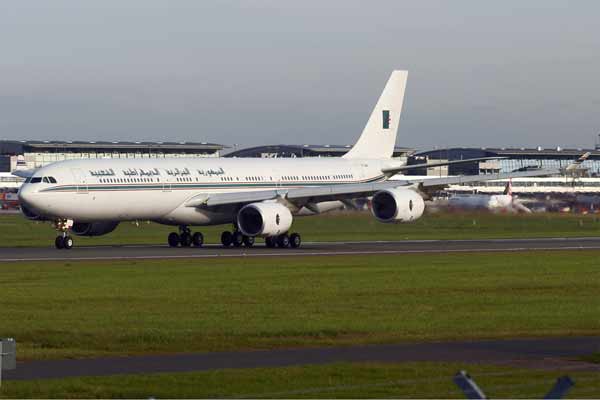 The government of Algeria operated an Airbus A340-500 in 2015. This gigantic private jet runs on four engines and is customized to cater to the presidents luxury needs. It has a private bedroom, a fully equipped shower room and high-quality finish. It can last airborne for up to 14 hours. 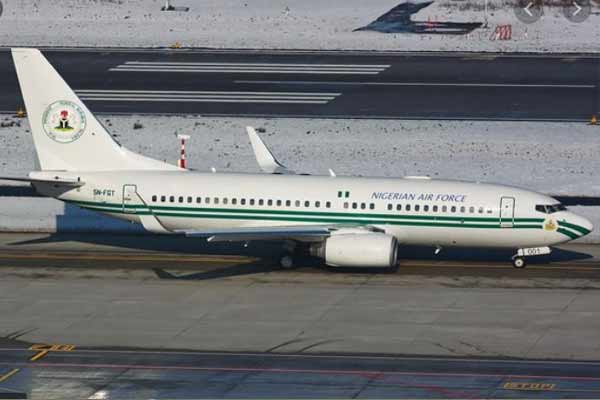 The Nigerian president flies a Boeing 737 called Eagle One and is marked NAF-001. It contains a master bedroom, washrooms and showers, a conference and dining area, and a living area. It is reportedly larger than three domestic airlines combined. The plane can spend 12 hours in the air, covering around 11,480 km, or 6,200 nautical miles. While usually, the price of this plane is around $78.3 million, customized presidential Boeing 737 costs not less than $100 million. 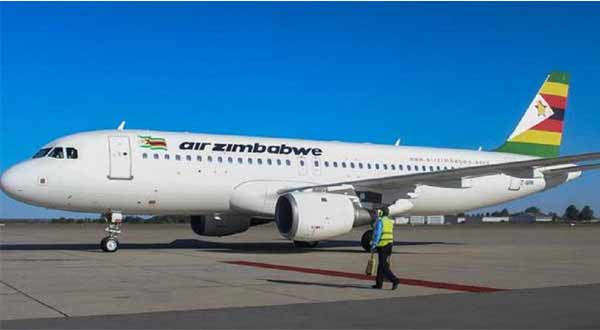 The president of Zimbabwe flies Boeing 767 that can fly 858 km/h and is said to be one of the most expensive on Africa’s soil. It has plush interiors that make it fit for royalty and reportedly cost about $400 million. 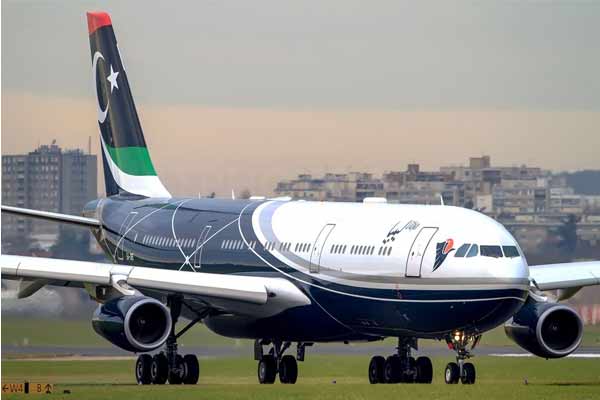 The government of Libya operated an Airbus A340-200 and a Dassault Falcon 900EX in 2015. The A340-200 is commonly known as Afriqiyah One and has luxurious rooms, bedroom, showers, DVD players and a private kitchen. This plane boasts 4 engines and two class cabin configuration with an 850 km/h max speed. It reportedly cost an estimated $411 million. 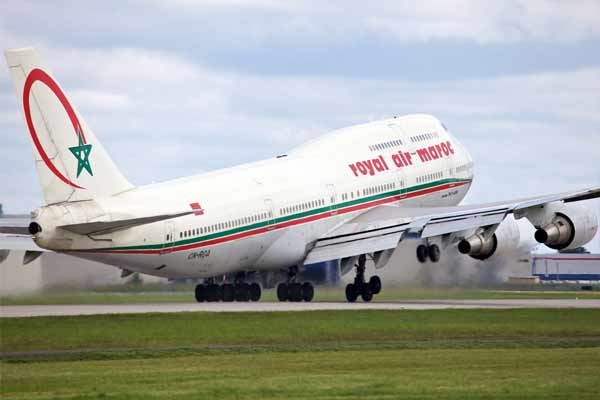 The King of Morocco flies a Boeing 747 which reportedly costs about $450 million. The plane can accommodate 660 passengers and a four-engine wide-body layout for an unparalleled flying experience. The plane has two decks, the main deck and the upper deck. The main deck has meeting rooms, a private cinema hall and a spacious play area while the upper deck has pool tables and five private sleeping rooms.

Anambra Airport To Be Commissioned In July