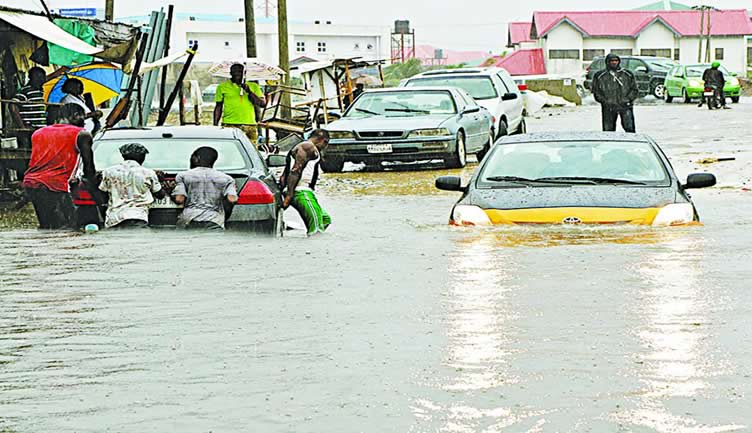 Within the last days of August and the early days of September 2017, the world held its breath as violent tropical storm named Hurricane Harvey and Irma wreaked havoc across Eastern Texas as well as North Eastern Caribbean and some parts of Florida.

An estimated 1 million cars were destroyed by Hurricane Harvey. And with Nigeria’s reliance on Tokunbo cars, it is not out of place for some of those flood-damaged cars to find their way to the Lagos ports.

In fact, some industry watchers believe some of the cars are already in car shops and on the roads in Nigeria’s South-West Region.

So, it makes a lot of sense to be on guard if you are looking to buy tokunbo cars within this period.

Bounce News had a chat with David Fajobi who is the Head of Inspection at Cars45.com and here are 6 signs you should look out for.

Put your nose to some detective use here.

There is a unique smell that comes out from a flood damaged car. If you want to buy a tokunbo car now, you should sniff it.

The odour of a flood damaged car is difficult to hide. No matter the quality of air freshener you use in the car, that moisty, moldy scent would still sting.

The underbody rust can be observed by looking underneath the car.

Since water and iron are enemies, the flooding speeds up the oxidation process which allows corrosion of the car. Due to the time it takes to ship the vehicle, signs of rust would have started showing underneath by the time it gets here.

So, you are likely to spot it if you check it during an inspection.

This is another critical point to keep in mind during the inspection if you must avoid being fooled.

In high-tech vehicles, it makes it even easier to spot because the electrical systems of a flood damaged vehicle may not function effectively.

You should look out especially for the seat control, the seat belt and most of the sensors that are underneath.

The seat upholsteries consist of leather, cloth and foam, so if it is flooded, it may not dry up totally and you may see some watermarks.

If your inspection gets as far as opening the glove box, you will also notice some deformities there.

Some of the parts of the car that are related to metals are difficult to hide their damages from flooding. The engine bolts are parts of those parts.

If you examine them properly, you should be able to determine if they have started rusting. If they are rusted, it it’s sign of flood damaged. Do a VIN check to verify the flood status of the car.

The rug on the floor of the car if properly scrutinised could also tell you a bit about the car’s history.

If the rug is moist or partly wet, it is a sign that the car may have been flooded.

You will likely see some bacteria breeding on the rugs, you will also see chlorophyll and some greenish parts on the tips of the rugs.

If all these signs are there on the rug, then it could be another flooded vehicle being disguised for open sale.

Now you know, shine your eyes!!!

This New Write-Off Categories Will Stop You From Buying Dangerous,Death Trap Cars