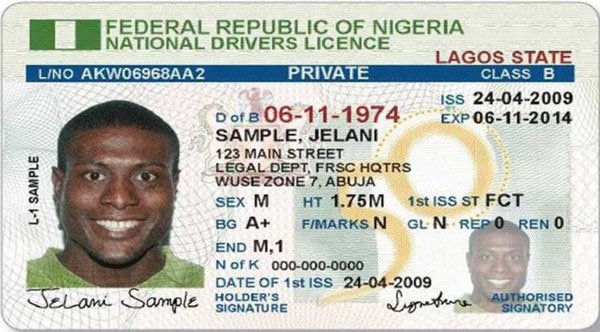 There are no fewer than 70, 000 unclaimed driver’s licenses in Lagos state.

The Federal Road Safety Corps (FRSC), Zone 2 Command, comprising of Lagos and Ogun, revealed this much.

The head of the command, Samuel Obayemi, Assistant Corp Marshall, disclosed this during a visit to the palace of Akran of Badagry, Aholu Menu Toyi 1, in Lagos.

He expressed concern that Lagosians who had gone to check their driver’s licenses and discovered that they were not ready often refuse to go back for rechecking.

“The truth of the matter is that FRSC is in charge of driver’s licenses but different licence offices do the distribution.

“Since people are not forthcoming, we are now working with various boards of internal revenue to see that these unclaimed licences are collected.

“As at today, we have about 70,000 yet to be collected driver’s licences in Lagos State alone. That is why we started “Operation Show Your Licence.”

“The idea behind this is that when we stop them and find out that some don’t have licences, we encourage them to go to various licence offices to collect their driver’s licences.

“As I speak to you, some of these licences have expired because they did not collect them after three years.

“Some people would have died while some would have relocated to other states, but there are still some who are around who are yet to collect it.

“It is our hope that at the end of the exercise, there will be a drastic reduction in the unclaimed licences,” he said.

Mr Obayemi urged people who are yet to collect their licences to go to different licence offices in Lagos for collection.