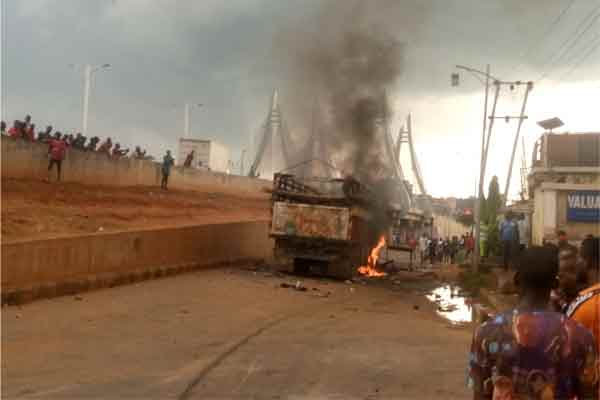 A source told our correspondent that, “Eight children hawking at the traffic point at Kwata junction flyover were killed by a truck carrying cows.”

The source said youths in the area quickly mobilised and set the truck, including the cows ablaze.

The source added, “The accident happened when a truck which was conveying cattle to an unknown location lost its brake while descending the Kwata junction slope, knocking down eight hawkers and  injuring four occupants of two Sport Utility Vehicles. 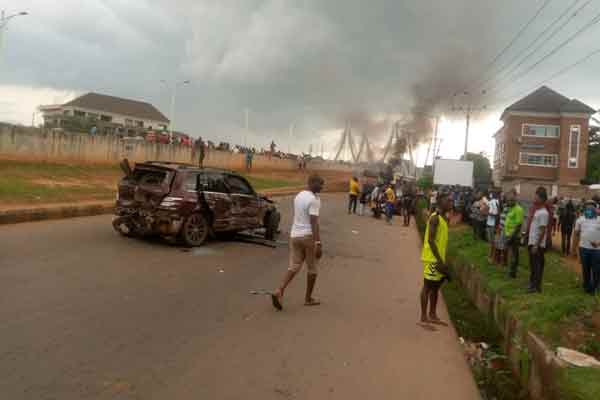 As of the time of filing this report, the youths refused an attempt by the Anambra State Fire Service to put off the fire on the truck.

The accident caused gridlock in many parts in Awka for hours.

There was shooting in the area by soldiers to disperse the youth who stopped attempts to tow the truck off the road to allow traffic flow.

The shooting caused residents and even motorists to abandon their vehicles on the road and scamper for safety.

When contacted, the state Police Public Relations Officer, Ikenga Tochukwu, confirmed the incident but could not confirm the casualty figure. He said, “I’m still awaiting a full situation report.”