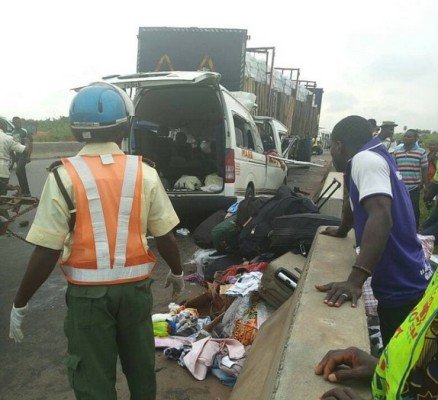 The accident that claimed the lives of many occurred along Lagos-Ibadan expressway. The accident involves a white Toyota Hiace bus and a clue Mack heavy duty truck. 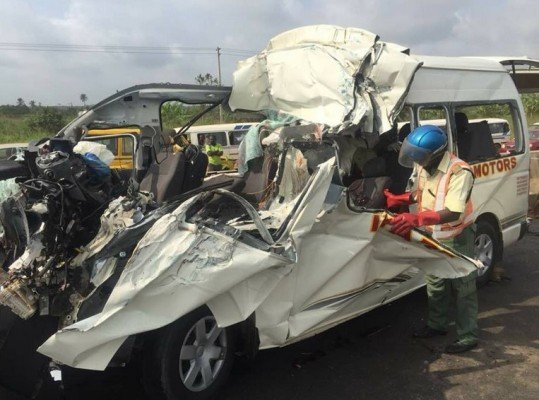 Akinbiyi stated that the accident was caused by speeding and wrongful overtaking on the part of the bus.

He said that seven of the passengers in the bus with registration number BEN-313 YX died on the spot while the eighth person died at the hospital.

“The suspected cause of the crash was a speeding commercial bus from Lagos to Benin which lost control and rammed into the truck with registration number MUS-730 XN traveling ahead.

“We also learnt that the passengers in the bus just came in from Spain and had chattered the bus to take them to Benin City,” he said.

May their soul rest in peace.

We all need to be very cautious as we drive and we shouldn’t forget to watch our speed limits.

Don’t drive recklessly on a road you are not very familiar with.

Life has no duplicate. Drivers should learn not to play with people’s lives

Related Topics:accidentautocrashibadanlagosnigeriaroad safety
Up Next

Third Mainland Bridge: A Favourite Location For Acts Of Suicide