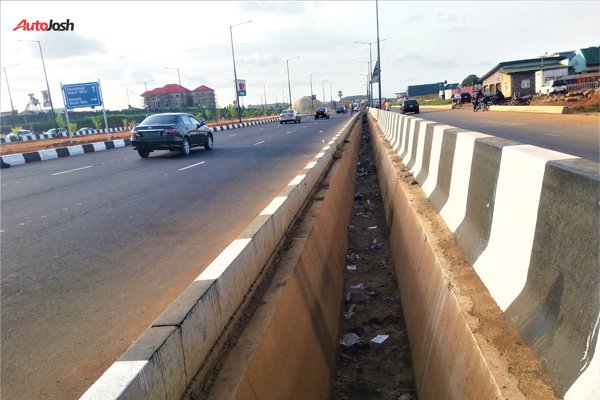 Though a long stretch of the road appears to have been completed, it has become apparent that work is still ongoing, especially at the international airport end of the road.

However, on the completed section of the road, there is a sight that is a cause for concern.

It is the conspicuous sight of open drainages constructed along the road.

On most part of the road, the drainages are exposed despite the provision for a covering slab.

Could this be an oversight on the part of the contractor, Hitech Construction Limited?

For decades, open and dirty drainages have been a prominent feature of roads and streets in Nigeria’s commercial capital, Lagos.

Sadly, 0pen drainages in Lagos are typically used by residents as refuse dumps. This often leads to blocked drainages which can cause flooding of the area when it rains.

This is 2019. No serious city in the world leaves its drainage system exposed.

If this is an oversight, we hope that the uncovered part of the drainages would be covered before the completion of the project.

The reconstructed Oshodi-Airport road is one of the legacies of the outgoing Governor Akinwunmi Ambode. The road is a gateway into the country. It offers first-time visitors a very the first impression of Nigeria. 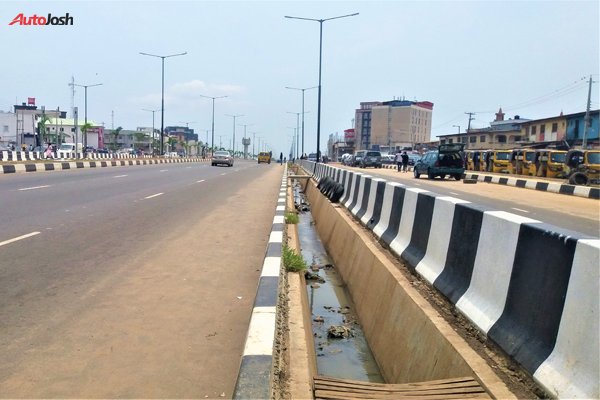 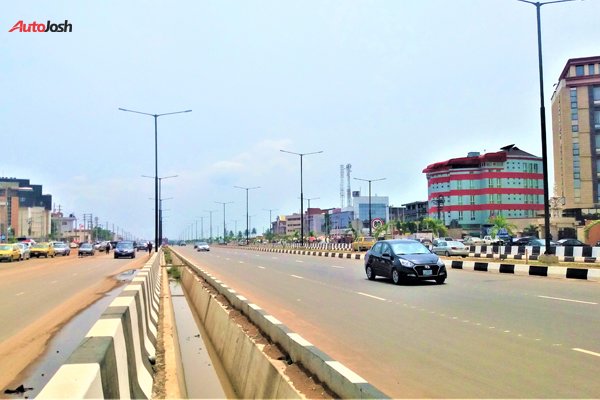 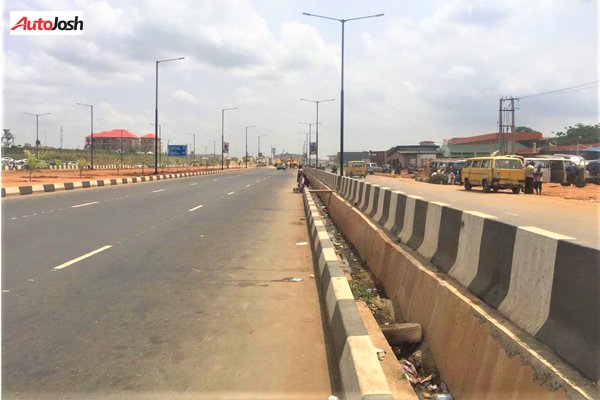 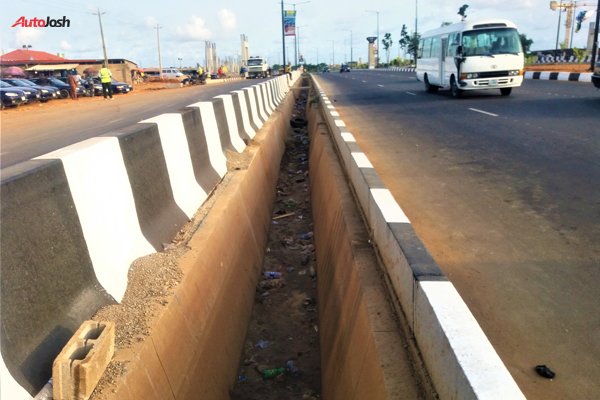 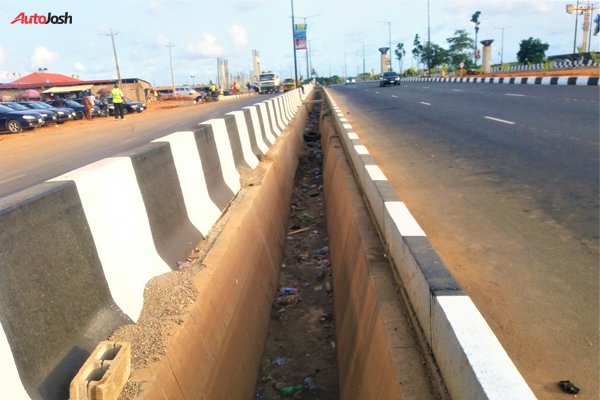 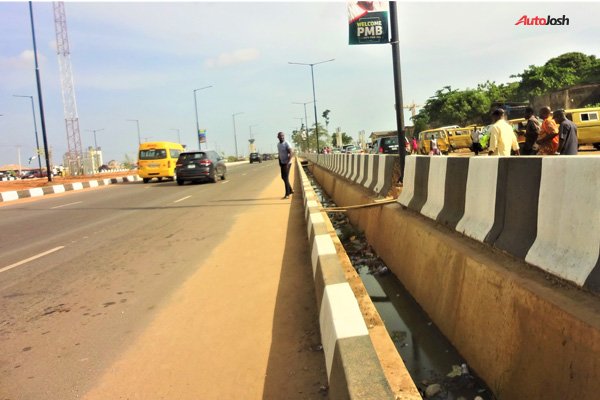 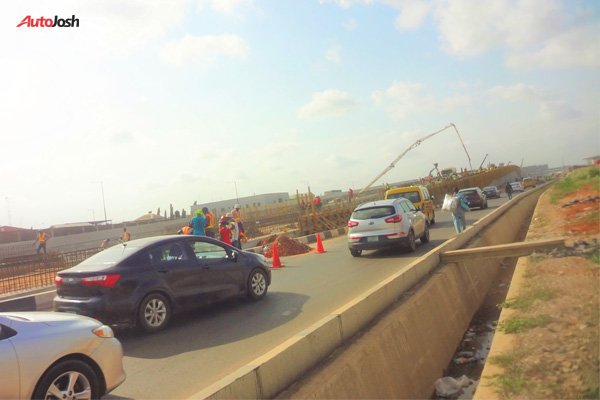 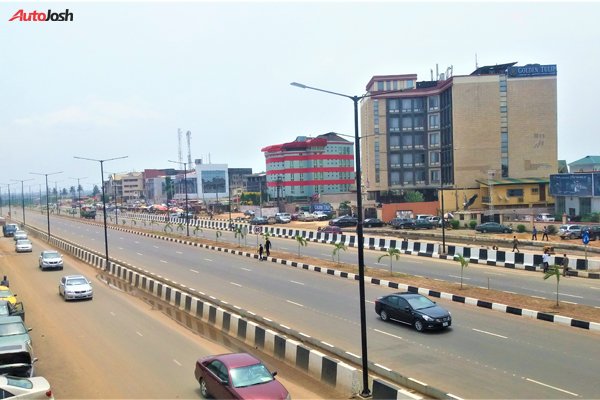 Below: A typical exposed drainage in Lagos state