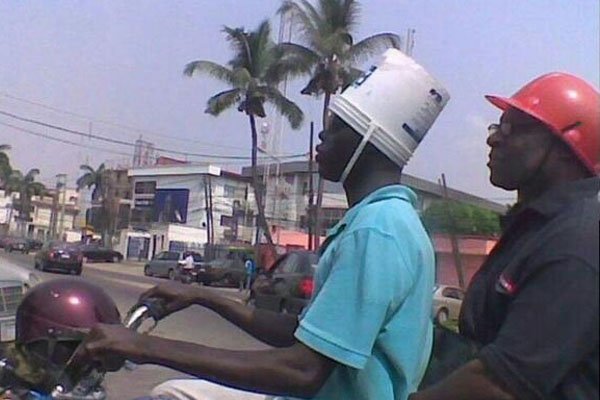 My friend and I stood on the side of the road opposite the Ikeja Airport Hotel, Ikeja.

An Okada rider stopped a few feet from where we stood. He had a passenger, a middle-aged man. The man had with him a midsize luggage.

The Okada rider – an “aboki” – and the passenger were engaged in an animated disagreement.

Repeatedly, and perhaps to prove a point, the Okada rider points in the direction of Airport Hotel.

This, for some weird reason, always seem to infuriate the passenger.

Then the passenger turned to my friend and I, and then asked, “please, where is the airport?”

Instantly, it dawned on us what thedisagrement was all about.

Calmly, we explained to him that the airport isn’t anywhere close by.

The airport is about 2.5km away.

And at that time of the day, pockets of heavy traffic hold-ups should be anticipated along the way.

We then explained to the passenger how he would get there.

However, the “aboki” was unrelenting. He was still determined to impress his point.

Again, pointing in the direction of Ikeja Airport Hotel, he muttered to his passenger, “Na him be dis”.

The passenger was livid.

With a note of hysteria in his voice, he lamented to us how he had chartered the Okada at Ojota.

The agreement was for the Okada rider to get him to the airport as speedily as possible. He had a flight to catch.

At this point, the passenger had become evidently distressed.

Not minding the Okada rider, he frantically alighted from the Okada.

The new plan was to secure the service of another Okada. And, hopefully, it would be one with a rider that could tell the difference between the airport and a hotel.

At that point we asked him, “When is your flight?”

Simultaneously, my friend and I looked at our wrist-watches.

Nigerian Man Eats Police Money For The First Time In His Life. See His Response