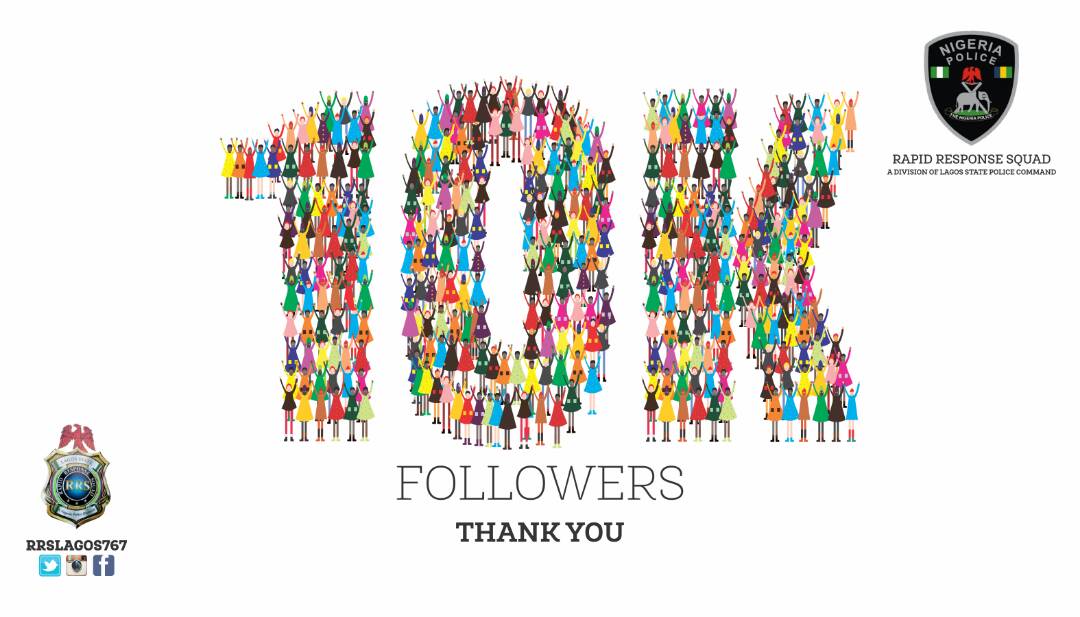 Rapid Response Squad which is an arm of the Nigeria Police has just attained 10,000 followers on Twitter and they decided to do airtime giveaway. Some Nigerians quickly rushed to their page to ask for their own roger immediately the announcement was made.

@IamDatGentleMan who is one of those that partook in the giveaway won an Airtel airtime and responded saying “I got it. First time getting police money. Police is indeed my friend. God bless” and someone else replied him saying “Because you won an airtime, police have suddenly become your friend.. Lol”

The interesting thing is @IamDatGentleMan did not only win the police money once. After winning the Airtel airtime, he still won another MTN airtime.

Who in the house has eaten police money before? Tell us in the comment section below.

See the chats below. 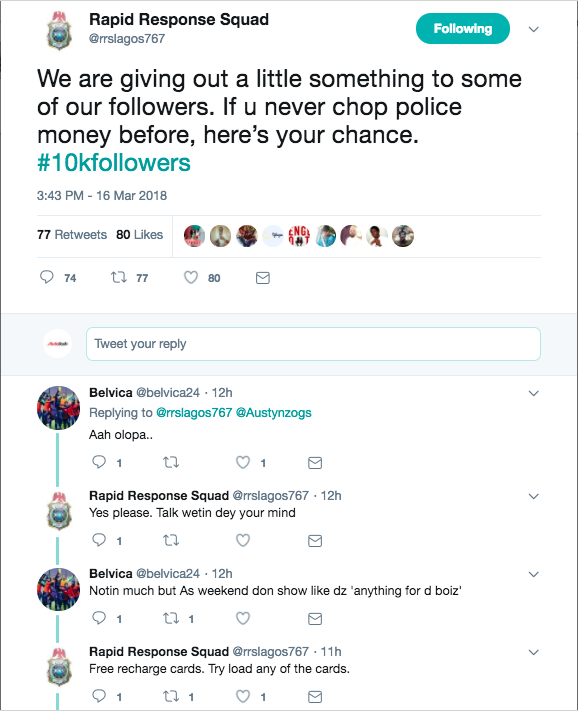 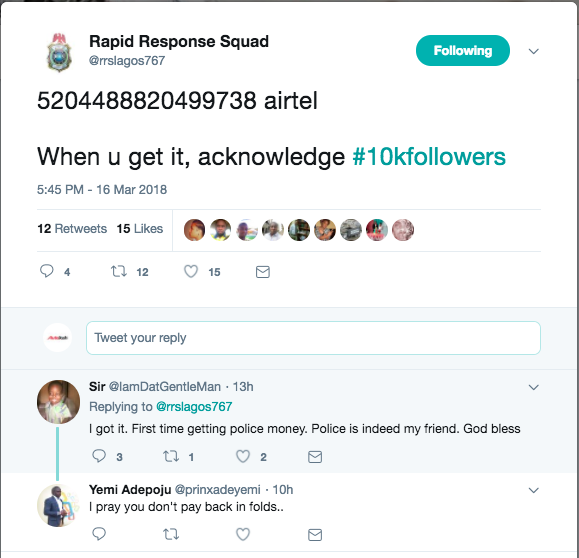 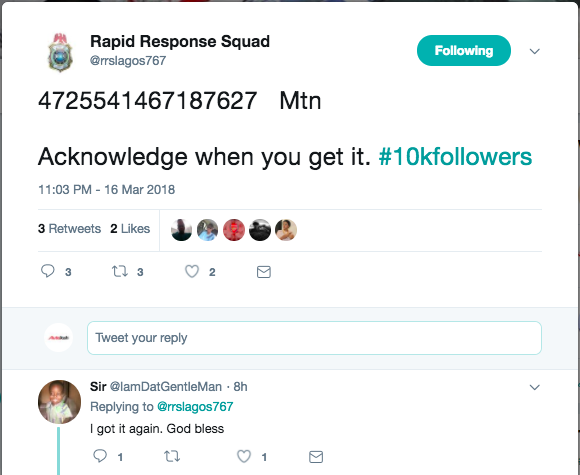 Can A Vehicle Get More Patriotic Than This?